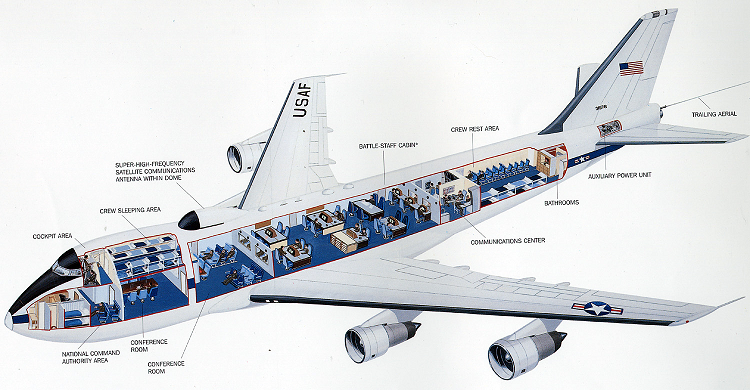 The Neocons have accomplished their objective. They dethroned Trump and installed the senile president who will go down in history as the President that began World War III. His name will be remembered in infamy because it is always the president who history remembers – not the dark figures behind the curtain prodding him on every action and dragging him around by his diapers. They know the risks that have now been unleashed upon the world and the clash with the Pentagon is the only this in their way. Biden’s trip to Warsaw to convince the Polish people to surrender their lives for the dreams of the American Neocons was interestingly marked by Biden flying on the “Doomsday” jet. At the same time, Biden tells the American people there is no risk of nuclear war. Their actions say differently.

There are four Doomsday Jets in the US’s fleet. One is with the Secretary of Defense Lloyd Austin as part of his boss’s delegation meeting with NATO and European leaders. These jets are supposed to be “highly survivable” in the case of a nuclear attack and are to be “mobile Pentagons” from which they can direct nuclear war. All the American nuclear weapons can be controlled from anywhere in the world from one of these Doomsday Jets and that even includes in the middle of a nuclear attack.

Obviously, they know that pushing Russia to the brink may lead to nuclear war. They stupidly think removing Putin will somehow cause Russia to collapse into the arms of the West. NEVER do these people ever think beyond their nose. They removed Saddam and created ISIS. They armed the Taliban to defend against Russia and then they turned it against the Great Satin. It was the US feeding arms to the Rebels to take down Libya and Syria which backfired and that involved Hillary.

The people surrounding Putin are FAR MORE aggressive than Putin – that is the truth! Putin has his own Neocons and they are pushing for a nuclear attack. They may just nuke Kyiv and hope the West backs down if Putin was removed. Or they go all-in and use supersonic missiles and take out NYC, Washington, Denver, Chicago, and LA simultaneously. If they did that without warning, they could even prevent a Doomsday Jet from taking off. This is what the Pentagon is arguing against.

They would not be sending a Doomsday Jet to Europe if they did not know that Nuclear War is now possible. Perhaps the REGIME CHANGE is seriously needed right here at home dragging these Neocons out by their necks to face the public in the open.