COMMENT: Marty; like you, I am a programmer. I see the future is very much like the Matrix. I do not understand why people in government feel the need to control everything and everyone. This is not the world I want my daughter to grow up in and she is just three years old.

ANSWER: These apps that people are so eager to download for a virus that has a 99.5% survivability rate is astonishing. I agree, this is like the Matrix insofar as we seem to be living in a dream that we are somehow free when we are not. Personally, I am so glad my time is nearly up in this nightmare. They know the majority are just subservient fools. Stanley Milgram proved that the average person will even torture another as long as they are told to do so. He called it — “Obedience to Authority.” 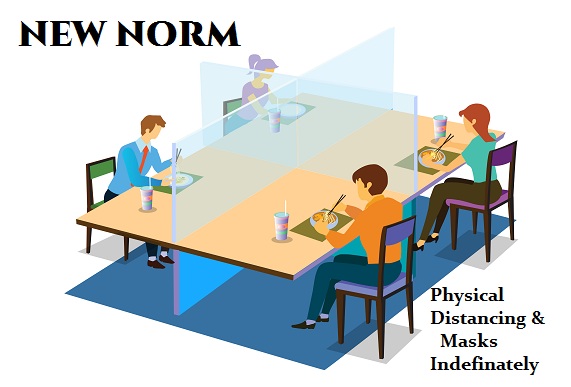 Indeed, the New Norm is intended to bring in the Great Reset whereby offices vanish, commuting comes to an end, and travel will be forever restricted. However, vital to pulling this off is continued social distancing and masks. Why? This is being employed to combat civil unrest. It is also intended to separate the mindless sheep who obey whatever the government, says which complies with Stanley Milgram’s studies on “Obedience to Authority”.

What is being carried out is a well-defined psychological tactic because they instill fear in the mass herd of human sheep and then they count on the obedience of authority to control society. I have stated before, a friend of mine grew up behind the Berlin Wall. When the wall fell, his father went and got his Stasi file. He was shocked to discover everyone he thought was a friend was telling the government everything he had to say against the government. When he came home, my friend thought his father went mad. He began punching holes in the walls and ripping out microphones. Until his death, he refused to ever speak to anyone outside his immediate family.

This is the reasoning being social distancing and wearing masks. This (1) provides justification to arrest people who try to gather together to resist, and (2) as in France, they can put you in prison for 6 months for not wearing a mask, or (3) in Melbourne, Australia there have been incidents of people attacking even women on the street who do not have a mask on. This is raw tyranny and how they are deliberately seeking to breakdown society to make the population controllable as was the case under communism.

Interrogator: With respect to a Democracy they argued, the people have some say in the matter through their elected representatives, and in the United States, only Congress can declare wars.