The Reaction in the Euro 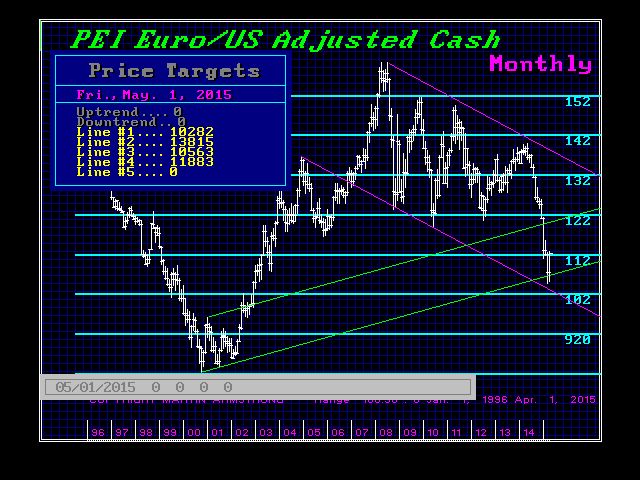 The reaction rally in the Euro appears to be on schedule. The March low at 10458 held during April, so at the very least that implies a 2-3 month reaction rally. Bank dealing desks have reported to us that their trading lines have been cut. We previously reported that we suspected the ECB had asked the banks behind closed curtains to stop selling the Euro. Liquidity has dried up, even in the bond markets, and this is not a good sign for the fall warning that we may see high volatility after the ECM turning point.

Weekly Bullish Reversals begin at 11450 and 11535. A weekly closing above this area should spark a rally to retest the more important resistance forming in the 12000 followed by the 12500-12600 area. We also have technical resistance in the 11800 area during May. Those looking to convert from Euros to dollars should wait, for we have just completed a 10-month correction holding the primary support at the 10300 level. Yes, the Euro will most likely break the 80 level. However, that is unlikely to unfold until AFTER 2015.75, moving into the 2017 time period. This type of a reaction should briefly shift the general view of the Euro back to a positive position. 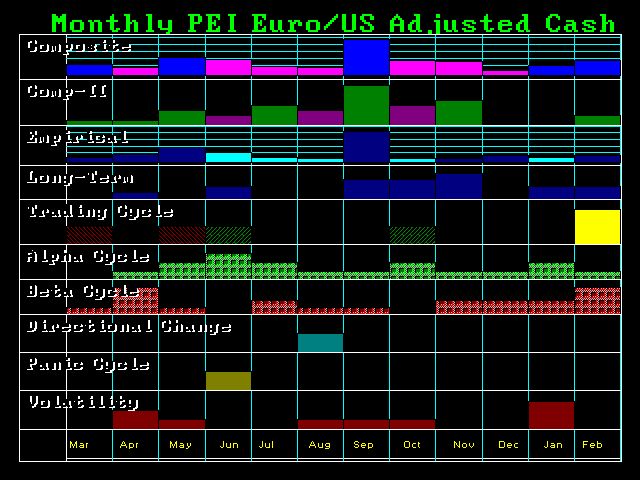 We still see June is where higher volatility should start, and keep in mind that the main turning point in still the September time period lining up with the ECM (9/20-10/1). We could see August as a reaction high on a closing basis.

Technically, the Euro fell below the Uptrend Line intraday, but it has held above this technical support on a monthly closing basis. We have remained within the Break-line Channel, so everything is still within a normal trading range with nothing unusual unfolding so far.