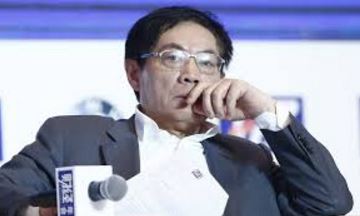 The number one issue concerning Donald Trump is the misrepresentation that this political unrest is about Trump. We are watching a worldwide uprising against government. This is the West’s version of 1989 that took down communism. We are witnessing opposition to the establishment everywhere from Germany, France, Britain, and even China. The Chinese version of Donald Trump is Ren Zhiquiang, who has defied the Communist Party leader President Xi Jinpeng. Normally, anyone who criticized the head of the party would end up in prison, but things are changing on a global scale. This is what our computer model warned would lie on the other side of 2015.75. What has emerged in China is rather amazing as the sophisticated Chinese people, including scholars, journalists, students, and dissidents have all supported Ren against the Chinese Communist Party. That is quite amazing and unprecedented in modern times.

In many countries, the establishment is refusing to connect the dots. There is a change in the political winds and what is coming is something that takes place about once every 309.6 years. The last change in the political wind produced the American Revolution against the monarchy, which caught on structurally in France and eventually in England. What will the wind blow into town this time? Democracy at last? Or will be it be more oppression from the establishment?