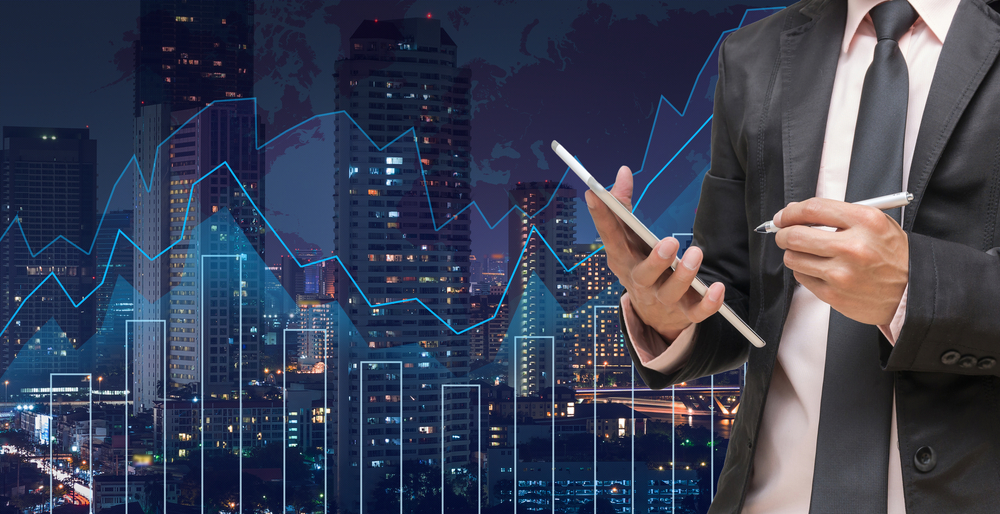 This three-month rout in equities is scaring the hell out of everyone. It has changed the view that the Fed will not raise rates, which has sent the dollar lower in what appears to be the bubble in government, particularly in Europe. The bells are ringing this Monday across world markets with a 9% nosedive in Chinese shares that sent the major commodities into a panicked tailspin, along with a sharp drop in the dollar as investors try to figure out where to run now. 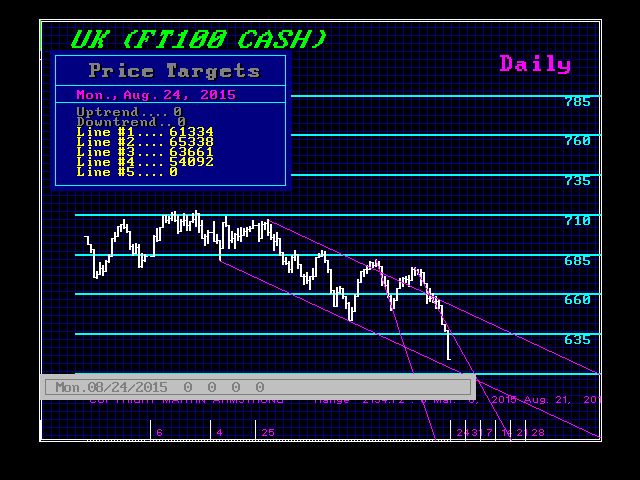 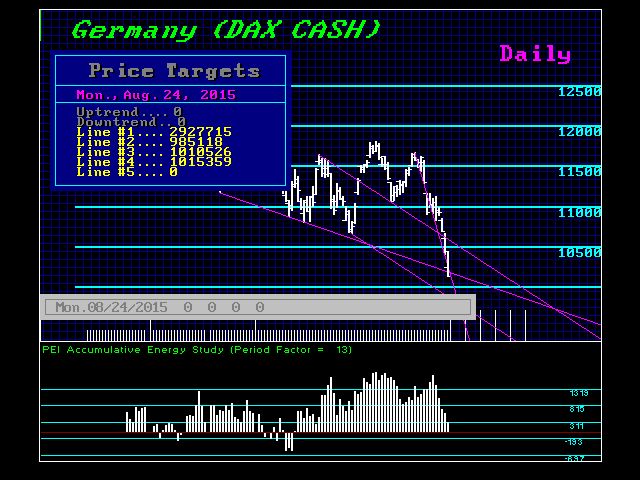 European stocks opened more than 3% down following a nosedive in Asian equities, which dropped to new three-year lows. The three-month long rout in Chinese equities has sent a panic wave around the globe. The typical flight to quality that we have warned was necessary is underway. Safe-haven government bonds are being pushed higher as widespread fears now grip the headlines touting a China-led global economic slowdown/meltdown. 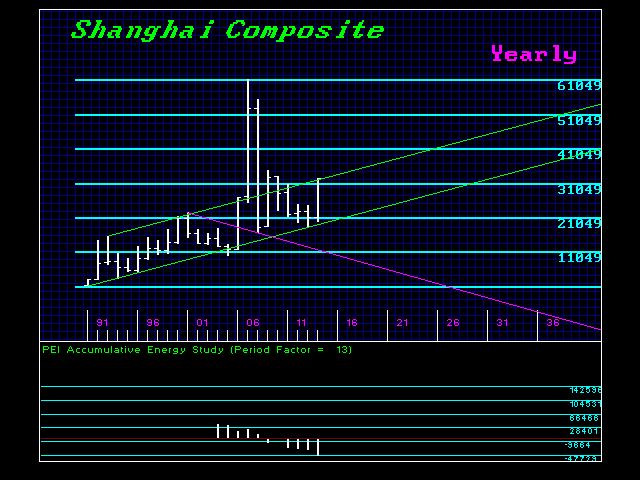 The headlines have been portraying China as if it were in a bull market, if not some sort of bullish Phase Transition, instead of a reaction rally which was steep because it fell so sharply in just one year. The major high has always remained 2007, so it is hard to see how people thought China was somehow holding up the world economy. We are seeing a dollar decline in Japan and Europe, which are precisely the two places we need the dollar to drop the most to further deflation in those economies to push them over the edge.

The markets, which are indeed panicking, were obviously surprised since they never looked at the charts to begin with. Had they been objective just once, they would have seen there was no new high in Shanghai, but merely a reaction rally. 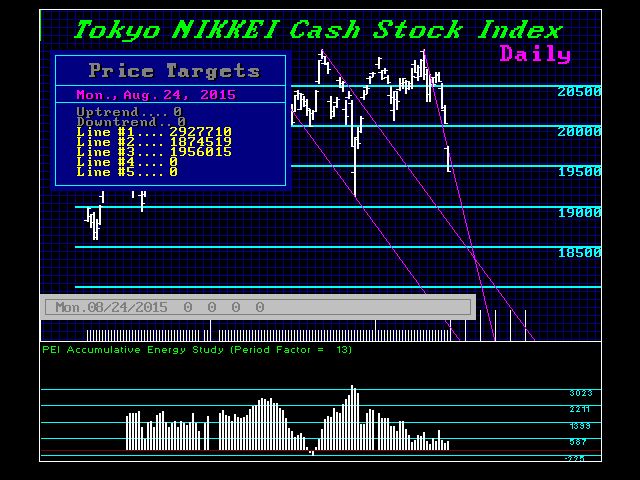 Nonetheless, things are starting look like the Asian financial crisis of 1997 with emerging markets tumbling. Speculators are selling assets that seem the most vulnerable that are commodity based in this deflationary trend. Tokyo has plummeted, as the fallout from a Chinese slowdown has become the Asian flu in Japan. 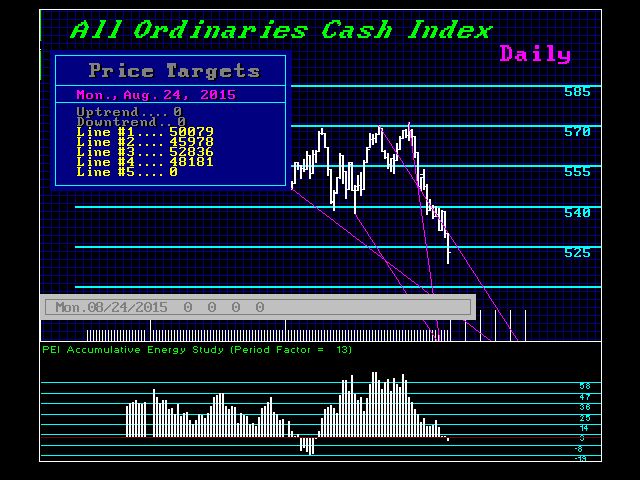 With serious doubts now emerging about the likelihood of a U.S. interest rate rise this year, the dollar has dropped primarily against the yen and the euro. The Australian dollar also tanked to six-year lows and many emerging market currencies plunged as well. The Australian share market is viewed as being as tied to China, and thus is being treated as a commodity based currency, sending European capital fleeing down under and rushing back to the euro. We can see the All Ords has turned negative on our Energy models ahead of most other markets. 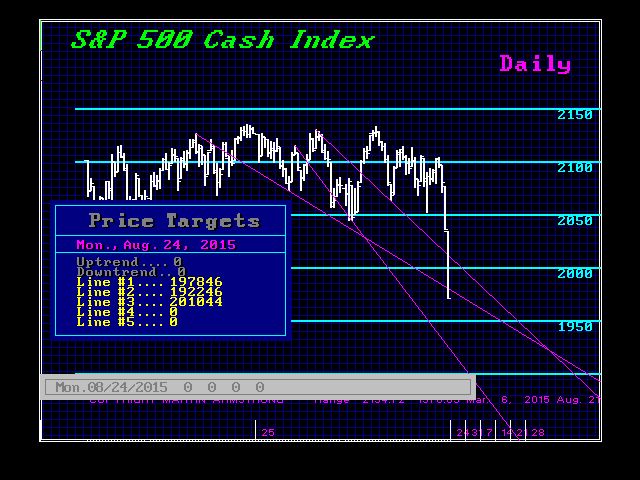 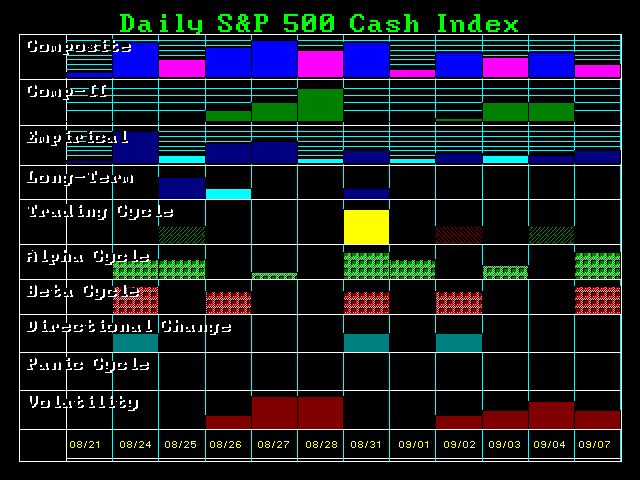 Everything still suggests that we have a Directional Change this week, and today could be the intraday low. So pay attention. 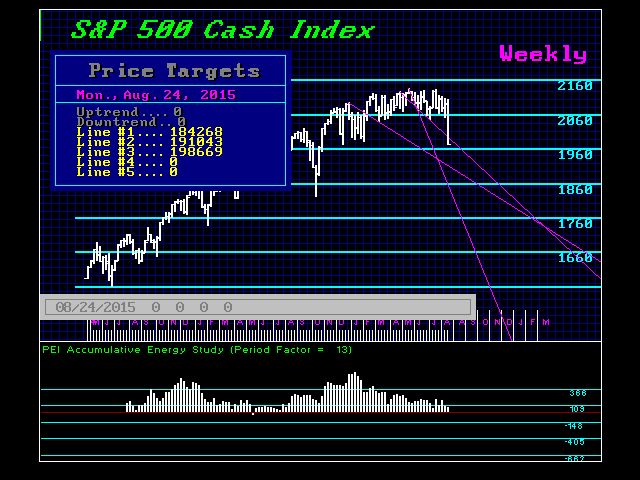 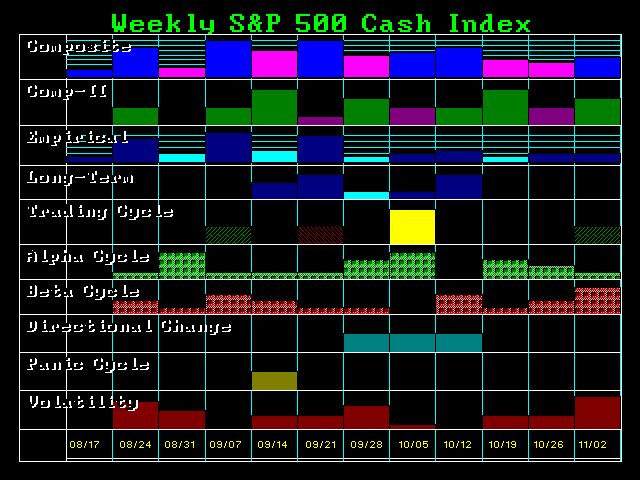 Commodity markets are imploding as Brent and U.S. crude oil futures hit 6 ½-year lows as concerns about a global supply glut add to worries over a potentially weakening demand from China. With Iran coming back online, we are still expecting oil to fall to test the key support in the $31–$35 range. The base metals are also getting hit with copper down 2.5% on the LME (London Metal Exchange), hitting a 6-year low of $4,920 a tonne. Nickel has fallen by 4.5% to its lowest since 2009 at $9,730 a tonne. All of this seems to be lining up for the turn in the ECM.