The Hunt for Money – No Amount is Too Small 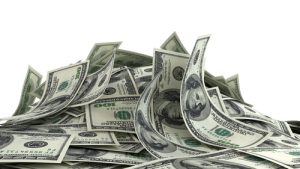 You may already know this but in case you don’t: this is a prime example of the ‘war on cash’.:

Yesterday I walked into my sisters bank (Santander) in the local town in England, a quite affluent town not somewhere deprived. I handed over and politely asked to deposit a mere £200 (that’s two hundred) and I was told: ‘You cant do that anymore because of government regulations, you cant deposit cash into someone else’s bank account no matter how small.’ I was told it has been in place since last April!.
That should be a wake up call for a lot of people but most people don’t know, it hasn’t been discussed publicly anywhere at all, only bank employees seem to know about it.

How long before they do an India and get rid of popular notes overnight without telling anyone?

REPLY: I tried to buy a cash card to send to a friend and was told I cannot do that. They would sell me a card only in my name. Governments are hunting cash on every level right down to the smallest amount. It is also ILLEGAL to mail cash in the United States.

« The Hunt For Taxes – Sell & Leave Before It is too late?
Hunt for Taxes & Illegally Searching Your Phone & Laptop at the Border »