How to Create A Fairer System 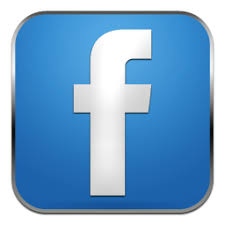 I am an avid fan of your site and thoroughly enjoy your posts.

As much as I am against tax, would you not agree it’s rather sick that a company the size of Facebook paid out less tax than I did last year?

I know you advocate a tax on sales, but in the UK we already pay VAT on goods.

Any suggestions on a fair system?

Many thanks for all your work.

ANSWER: This is the problem with taxation. Major public corporations can move their tax domicile offshore to avoid taxes legally. The average person cannot move his labor offshore to lower his taxes, which is a disadvantage we must address with tax reform. VAT is far worse than a sales tax. Every person in the chain must collect and file paperwork. It must require three times the number of people to administer such a system compared to a point of sales tax collection.

But that issue aside, there should be ABSOLUTELY NO income taxes whatsoever. That not only eliminates government having to track everything, but it also eliminates the whole movement of capital solely for tax purposes. This is unfair, for the average person cannot send their labor offshore to avoid taxation without moving. Even then, that would only get an American the first $100,000 tax-free; after that, it would be subjected to U.S. income tax.

The Founding Fathers of the United States revolted over taxation without representation. We are back to that now, for we are being taxed to pay interest to service debts from the last two generations. We had no right to vote on that spending, which took place before we were born. This is not a democratic process.

There should be ONLY a retail sales tax EXCLUSIVELY for local government. Federal government should be prohibited from imposing ANY tax and it should be barred from borrowing money. The local tax will naturally be checked by the free market, for if they keep raising taxes, businesses will move to the next town and there goes the jobs. This will help to restrain government on a more practical level.

Moreover, there should be NO PUBLIC SCHOOLS. All schools should be private for then there will be no mismanagement, crazy pension failures, or tax hikes to line their pockets. Schools should be by voucher and run by private industry just like Catholic schools, which were always known for having better education in the States.

It is the teachers and their unions who have ruined society, as taxes are imposed on property and people cannot afford to retire in their home where they raised a family. They are forced to sell because they cannot afford taxes that never stop and only rise. PROPERTY TAXES must also be abolished.

Our problem is the total mismanagement of government. They promise and award themselves all sorts of perks, which reduces the quality of life for everyone else. We must look at the cause and that is the seriously flawed design of the financial-economic-governmental system.