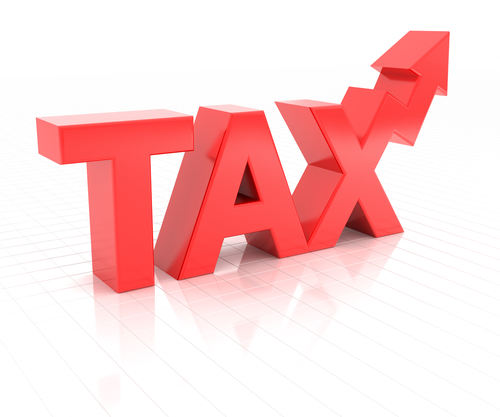 These Democratic state governors have been so draconian in suppressing their economies for political purposes. Then they have the audacity to turn around and raise taxes to cover the losses in revenue. New Jersey raised gasoline taxes. California is trying to install the first wealth tax, thanks to the French economist Piketty. But California is looking to raise its income tax to 54% on the richest people. Their state income taxes, already the highest in the nation at 13.3%, is proposed to be raised to 16.8% RETROACTIVELY to pay for this plandemic.

In Tennesse, Davidson County’s property tax rate has been raised sharply from $3.155 to $4.221 per $100 of assessed value in the city’s more urban areas. For a home appraised at $250,000, that would mean an increase of about $666.25 per year. They are chasing people out of cities, and like the fall of Rome, they will keep raising taxes rather than reduce their own expenditures, which are driven by pensions. That is a 34% increase in property taxes.

The Center for Budget & and Policy Priorities is telling states to raise income taxes on the rich. They recommend: “High-income tax increases can generate substantial revenues for investments in people and communities that provide economic and social benefits over the long term.” New York City and Chicago are experiencing a flight of the rich. They get no safety and cannot leave their homes at night, and these people recommend raising income taxes on them sharply. The Wall Street Journal has reported, “Even Joe Biden would raise the top marginal rate on work to over 50%.” Our sources are saying they want to return the income tax before the Regan tax cuts to 70%.

Just who are these “rich” people the Democrats hate so much? About 9% of the households in America have income greater than $200,000. That is the husband and wife combined. They get almost 45% of all pre-tax income, according to the Tax Policy Center. Then there are the really rich, which include most politicians. They account for the top 0.4% of households, which works out to about 700,000 in total. These are households that have incomes greater than $1 million a year. They tend to earn 13% of all pre-tax income.

With the Reagan era, since the 1980s, those at the very top have experienced faster-growing incomes than the rest of America BECAUSE they are investors. This statistic is never explained, but the stock market and inflation have accounted for the bulk of these gains. The government prevents the average person from participating in investments because Social Security is just a slush fund for politicians — government bonds only.

The Congressional Budget Office estimates that the best-off 1% of American households that have an average annual income of $1.8 million (base on 2016 statistics) saw their inflation-adjust incomes before taxes nearly triple between 1979 and 2016. This is clearly the rise in the stock market and real estate values. Then, 9% of households benefited from investments by 75% while everyone else saw their pre-tax incomes rise by 33%. They will not address that the lower the income, the more government prevents them from investing for their retirement by seizing money for Social Security. If you are late on paying, they charge you interest far above any bank, but will never pay you interest on the money refunded. Taxes are always a one-way street.

The rich generally pay far more of their incomes in taxes than the average person thanks to the progressive nature of taxation. The top fifth of households got 54% of all income and paid 69% of federal taxes; the top 1% got 16% of the income and paid 25% of all federal taxes, according to the CBO. These statistics are skewed because the government benefits such as Social Security, food stamps, and welfare are never part of the analysis. The Marxists try to focus only on the remaining income for taxes and behind closed doors think it all belongs to them. It’s only a question of what they allow the great unwashed to retain.