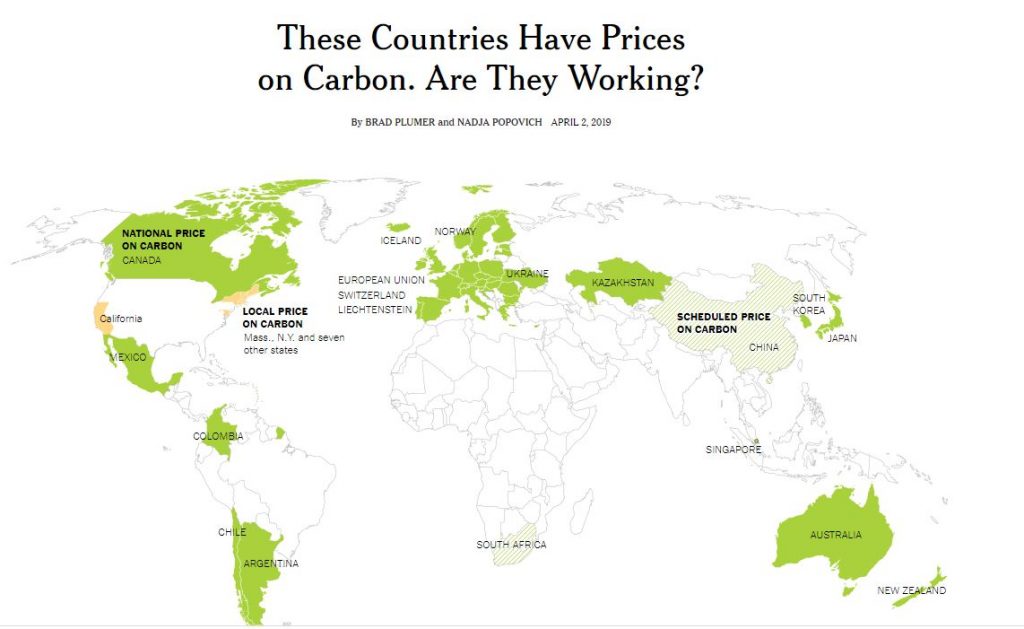 In Germany, the excuse to help save the planet is always about adding more taxes to punish the people for just living. Already, there is a 7% value-added tax (VAT) on meat. German politicians are proposing to raise the tax on meat to 19%. Of course, this is to lower CO2 by decreasing the nation’s consumption of meat, which is being touted as a win for the environment. The New York Times chart of the world showing carbon taxes is interesting. This entire global warming is being embraced by countries only as an excuse to raise more taxes. They are going broke everywhere. There is no movement for reform or to provide any analysis as to where this trend leads at the end of the day.

The taxes raised do not go to anything that cleans the environment. The entire theory is PUNISHMENT for just living. Where this will end is simply bloodshed and revolution. Welcome to the major political change coming by 2032.