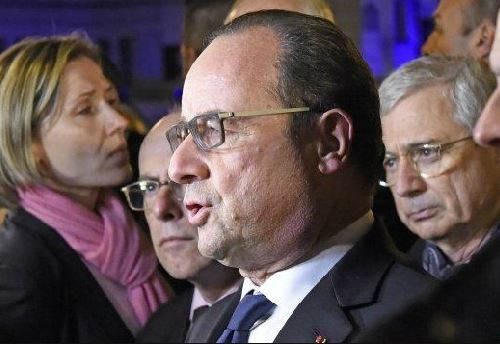 The siege of Paris on November 13, 2015, appears to be the same group inside France. The reason we say this is because they are acting in a cyclical manner and each group will conform to a unique cycle. President Hollande went on national TV to announce a state of emergency for the first time in France since 2005. This measure enables the authorities to close public places and impose curfews and restrictions on the movement of traffic and people.

A review of the entire refugee crisis in Europe is underway with many forming the opinion that this has been an invasion. The likelihood of this attack actually escalating the war in the Middle East is extremely high. There is an external influence, no doubt. One of the hostages reported that a terrorist said, “It’s the fault of Hollande, it’s the fault of your president, he should not have intervened in Syria.”

However, the cyclical pattern suggests that this is a terrorist group acting internally in France. Perhaps they do get orders from outside, or they may be acting on their own within France. What is clear is that there is an internal element within France that is making the decision with regard to timing.

Between the Charlie Hebdo attack on January 7, 2015 (2015.019), and this current siege of Paris on November 13, 2015 (2015.868), there was 309.9 days or 36 intervals of 8.6 days. This implies that it was a decision made by the same source. There may be people who have infiltrated Europe who are using the refugee migration as a cover given the sheer number of terrorists involved. Still, the decision appears to be the same source as the Hebdo event.