Proof the Press is Rigged 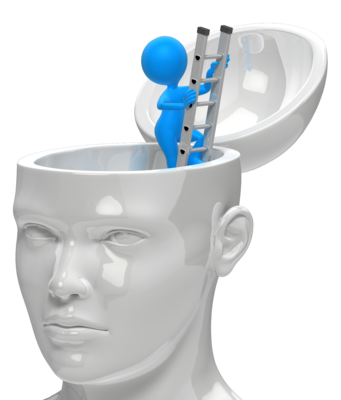 COMMENT: Mr. Armstrong; I am fairly new to your blog. I was told by two friends that you said not just that Trump would win and Brexit, but that the stock market would breakout to new highs and gold would decline for more than the last two years. I followed most of the big names who all said the stock market was going to crash and gold would rise. I argued against my friends these past years only to see they and you were right.

Upon reflection, I have concluded that indeed the press is rigged for they put the same people on TV talking about the markets who are never right. The mere fact the major press is not giving you any credit for being the only one out there who has forecast gold, stock market, fall of the euro, and politics flawlessly, made me realize one thing. They cannot possibly be independent in the media or they would be interviewing you and asking how did you do this. That would then lead to a discussion about your AI computer and which would then cause people to think again how do these things really work. So it is obvious. They cannot give you credit without discrediting themselves.  That would mean they do not have the power to manipulate society as they hoped for as illustrated by Brexit and the Trump victory.

Stay safe. You are sweeping the cobwebs from our stale thinking process.

REPLY: Perhaps you are right. The only major press that I do interviews with are outside the USA. Even the Barron’s article back in 2011 that reported we were calling for new record highs did not call me for an interview. I believe it was more of a tongue-in-cheek report because they never expected that forecast to be correct.

Overseas, I was asked to teach at one of the top five universities in the world. When I asked if they were aware of my situation, they said, “Oh yes. We reviewed your case and it appears to have been ‘stitched up.’” in a very British way of putting it. Others said it merely proved that I was not one of the corrupt b*****ds from New York so they knew they could trust me. Still, others said, “How can they keep you in contempt for 6 years after Republic/HSBC pled guilty and received no jail time, provided they returned all the money they stole to your clients?” The simple math shows they could not hold me in contempt when it was impossible for me to owe anything.

The fact that not a single major newspaper in the USA would dare call the banks or government into question when it was so obvious to the rest of the world proves this is not a real free press. Heck, they blocked the movie “The Forecaster” from playing in the USA and Switzerland, which tends to show how in-bed the press really is with government and the banks. The only two countries where the film was blocked is where the banks dominate the government.

The press gave it their best shot to rig the election for Hillary. They lost big time, for they blew all their own credibility on this one. You are right. The mainstream press could never interview me fairly without calling into question their own integrity. We just have to wait until the whole thing collapses and the press is freed from all this corruption. It will come. Let’s see who will be first.

« Is CIA Trying to Cover Its Own Hack or Accommodating Obama?
Local CBS in Atlanta Breaks with National Mainstream Media »