Pension Crisis – Congress is Unable to Act Because of Gridlock 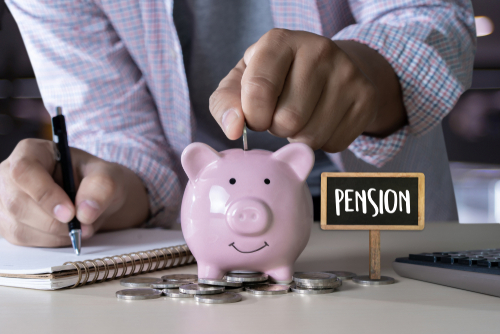 Trump has called the Democrats the do-nothings. All they have been focused on is impeaching Trump for the polls they are looking at behind the curtain all show Trump will beat whoever they put up as their candidate. the motto has been – if you can’t beat him, impeach him. There is no other area where the Democrats have just failed to act with a major crisis looming in 2021 than the spreading of the Pension Crisis.

There are pensions that are multi-employer funds which are perhaps the first to fall in the private sector. The Republicans did slip a rescue package into the massive $1.4 trillion spending bill passed last month. That was all because the United Mine Workers of America pensions would have failed completely and the push from environmentalists against mining and energy only puts pensions in those areas at serious risk after 2020.

The Republicans, interestingly enough, have no problem with the bailout but want to raise premiums that employers must contribute. Conversely, the Democrats who have been backed by such unions have argued for low-interest loans and not to force higher premiums on employees or employers.

The Republicans and Democrats are so deeply divided on how to solve the broader pension crisis problem, that this immediate impasse illustrates what I have been warning about that government is just collapsing incapable of bipartisan solutions. The Democrats simply refuse to act for they fear that Trump would get the credit for solving the pension crisis among unions that traditionally have backed the Democrats.

This entire issue has become not about solving any crisis but who gets credit and thus we have a government incapable of acting for the benefit of the people. As I have said, this is how governments eventually collapse. They become so corrupt and divided, they are incapable of managing the state.