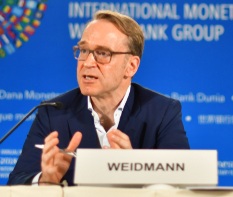 The Bundesbank has come out warning that there is a German pension crisis. They have proposed that states raise the pension tax and that they should gradually increase the retirement age because the life
expectancy in the future has risen. Central Bank President, Jens Weidmann, has stated that he is generally in favor of raising the statutory retirement age beyond 67 years.

We must understand that the ECB policy of “stimulating” the economy with negative interest rates has bankrupted state pension plans. This theory that lowering interest rates to get people to borrow and thus manipulate demand higher has NEVER been proven to have ever worked. The consequence of what we now face is a major pension crisis that is undermining the future of Western economies.