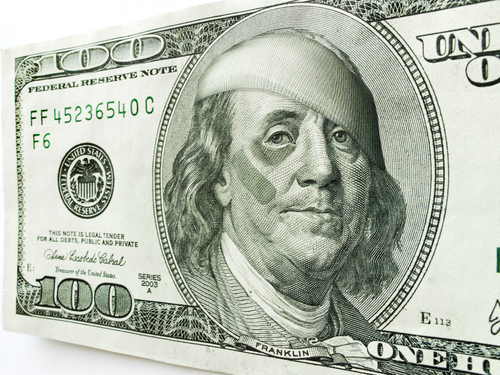 Does this all mean that this takeover can make the canceling of physical USD possible, maybe as soon as January to line up with Europe? Previously you responded to my email question on a digital dollar and said that they couldn’t do that since over 70% of cash was held overseas.

Can this all cause the dollar to collapse instead of heading to new all-time highs as you have been saying for years? Or will it just delay the dollar highs?

COMMENT #2: I find it fascinating how Socrates elected a Quarterly Bullish Reversal at the end of September in the Dow and a bearish in the dollar. I am impressed by how Socrates is so independent that what seemed inconsistent proved spot on. No wonder they fight so hard to prevent people from looking at your work.

Please keep up the good fight.

Seems like levers are easily thrown in whatever direction is benefiting this Great Reset with the big picture of bringing all of Western Civilization to its knees.  Small business is already / or already being crushed.  Likely, a heavy tax on carbon will finish off the farmers once we get back into the Paris Accord.   There is a great deal of real wealth  being held by Baby Boomers, who for the most part are “buy & hold” (no matter what) with a mixture of more equities than bonds.   These evil rat bastards seem exceptionally good at what they do, wouldn’t you want crush “The Boomers” also?  Seems as if this rally is an effort to get everyone in the pool before pulling the plug and draining the pool very quickly?

COMMENT #4: The parallels to the movie Star Wars are uncanny. So many similarities happening right now.

REPLY: I have been telling people that Socrates has always been right whenever I thought it would be wrong. It said this would be the most corrupt election in American history and I seriously doubt any human being could have forecast just how corrupt this really would be. It is far beyond anything I ever expected. Now the DOJ is launching an investigation into all the accounts of fraud.

As I warned at the last WEC, we were picking up something strange in the capital flows beginning in August 2019. It was manifesting at first in the Repo Crisis where US banks were suddenly unwilling to lend any money to any European bank. The EU statements that they would no longer bailout any European banks forced the US Federal Reserve to step into the Repo Market. That continued applying pressure to join Klaus Schwab’s communist manifesto because they had already destroyed the European bond market and vowing not to bail out any bank meant that a US bank would not deal with a European.

Normally, that would have set the stage for the capital flows to the dollar and the US share market which indeed contributed to the high with the Economic Confidence Model – 2020.05. We crashed and burned into the low of March 23rd and Socrates even got the day of the low. NORMALLY, we should have bounced, even 40% from that low, and after an 11-year rally, we should have seen a 2-year decline into the next target in 2022.

I warned that if the Dow had to close below the Quarterly Bearish Reversal at the end of March since the market penetrated it intraday. That rested at 21,712. The market closed above that number failing to elect any Quarter Bearish Reversal numbers settling March at 21,917.16. At the very minimum, that warned that there would be a bounce before any possible new low. 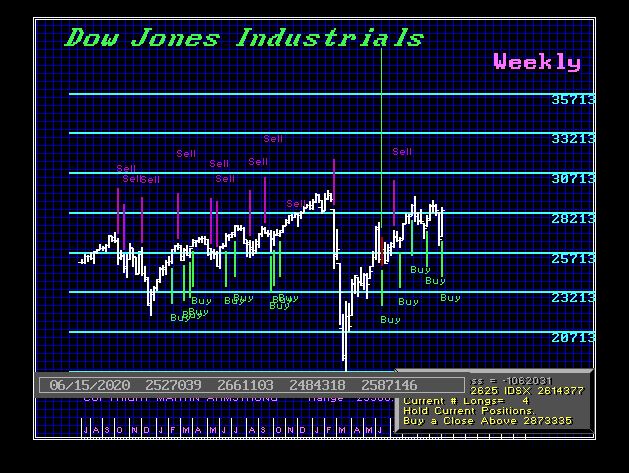 Indeed, the Dow elected its first Weekly Bullish Reversal the week of June 15, 2020, at 25,871.46. Then its first Monthly Bullish was elected at the end of July and finally the first Quarterly Bullish Reversal at the end of September. Now it becomes imperative to hold 25,735 on a monthly closing basis in the future. This is why I say we are in difficult times and the only way to survive is a computer that is objective and can see into the future. I seriously doubt that any human can forecast what the heck is unfolding other than a guess.

As for this looking more like Star Wars, you are actually not so far off. Star Wars was based upon the collapse of the Roman Republic and the transition to the Emperor. Instead of dueling with swords, they introduced lightsabers. If you can just shoot someone, why would you battle with lightsabers? Hey, it sold a lot of tickets.

No rational politicians would destroy the world economy for this COVID-19 nonsense. They are now claiming 10 million people have contracted COVID. The CDC estimates that the flu during the 2017–2018 season was high with an estimated 45 million people getting sick with influenza, 21 million people going to a health care provider, 810,000 hospitalizations, and 61,000 deaths from influenza.  We already know that the flu and COVID cases have been combined. They now are claiming 237,000 people have died from COVID. The CDC is claiming the flu is mild this year with CDC estimates that the burden of illness during the 2019–2020 season was moderate with an estimated 38 million people sick with flu, 18 million visits to a health care provider for flu, 400,000 hospitalizations for flu, and 22,000 flu deaths. If you died of a heart attack but test positive for COVID you died of COVID. This is happening everywhere because it is all political.

The objective is to CRUSH the economy, end debt, they adopt MMT and handout Guaranteed Basic Income. This will subjugate the people and allow the government to end democracy, elections, etc., and install this one-world government with the US nuclear weapons handed to the United Nations where it will then be subject to a group of nations to wage war.

I do not think the US will be able to launch a digital currency by January. The Democrats have put in legislation to create a digital dollar, but it will have to pass the House and then the Senate. Just looking at the timing arrays, it would appear not before May. We have to see the outcome of the Georgia election and now we have two states suing Pennsylvania. Allowing dead people to vote that changes the election is a denial of Equal Protection and Due Process of Law for the entire nation. We have to see how the Supreme Court handles this. We may get a decision by December 14th, 2020.

« Are We Running Out of Other People’s Money?
The Fate of Cryptocurrencies »