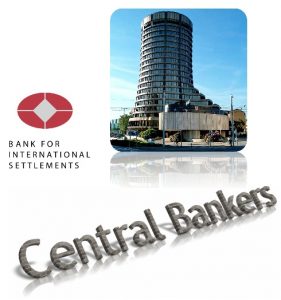 QUESTION: Could you please tell us more about the bank of the national banks (BIS) located in Swiss?
Many thanks for your information. I love to read your blog first thing in the morning!!!

ANSWER: The Bank for International Settlements (BIS) was originally established to handle the reparation payments of Germany. It was also supposed to facilitate cooperation among the central banks. However, it had no real power to compel them to do anything, which was demonstrated by France who refused to agree with the other member concerning the reparation payments of Germany. The BIS was created in 1930 at the Hague Conference. A convention respecting the establishment of the BIS was signed between Belgium, France, Germany, Italy, Japan and the United Kingdom on the one hand, and Switzerland on the other. The BIS is owned by 60 central banks, representing countries from around the world that together account for about 95% of world GDP. It is the central bank for central banks.

The BIS does have a full range of traditional short-term instruments, denominated in reserve currencies. The BIS instruments allow customers to meet cash management objectives. They also provide tradable instruments that are widely used by reserve managers seeking credit quality, which they will issue in major currencies along the yield curve. The paper is 1 to 5 years in maturity.

« This is No Joke – Monetary Reform Will Be Forced Upon the World
Is the Fed the Only Means of Creating Money? »