Marine Le Pen states with absolute clarity that this is by no means a war against terrorism — it is a war against the ideology of Islamic Fundamentalism. Refusing to state that truth where “terrorism” is merely a weapon, one cannot wage war or ever defeat such a weapon because there is no acknowledgement of what we are really facing. 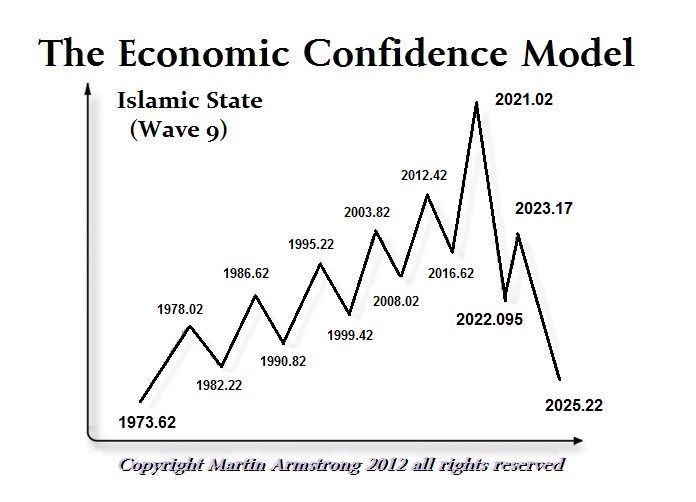 Even taking a cycle from the beginning of the Crusades, we still come up with avery similar time frame.* The West has a made HUGE mistake in trying to dethrone Syria. The removal of dictators in Iraq and Libya have destabilized the region far worse than we care to admit. Trying to dethrone Syria will create a vast new area for ISIS, and this, precisely as Le Pen points out, is a war against Islamic Fundamentalism, not Islam or terrorism. Identify the problem before you take all of our rights.

*Note: Ironically, it was French Pope Urban II who initiated the Crusades. 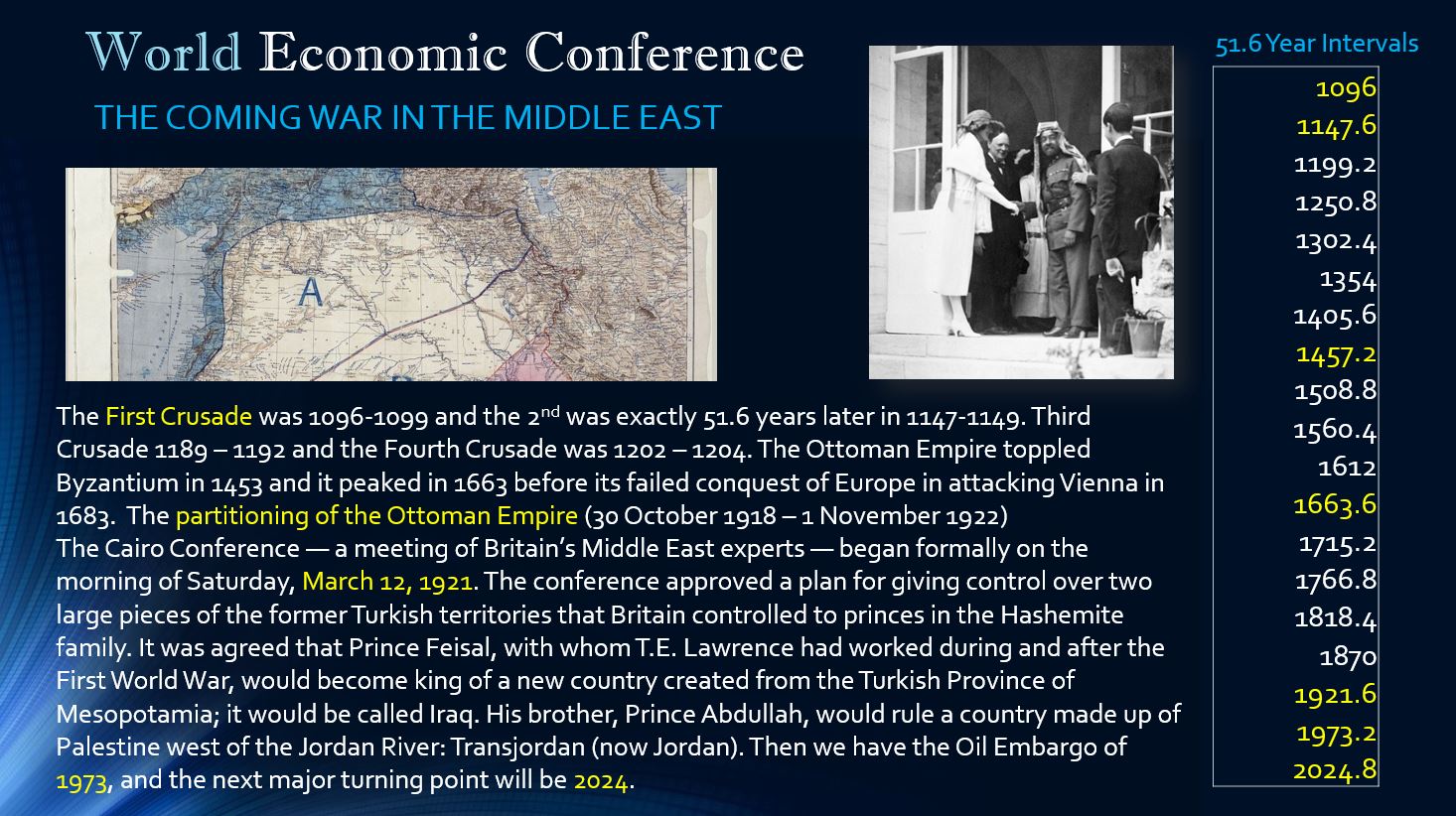