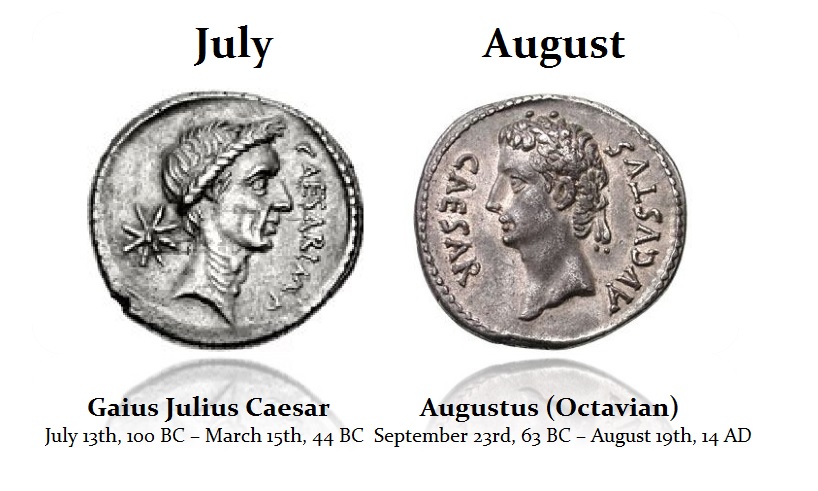 If you look at the calendar, the months that have 31 days are January, March, May, July, August, October, and December. The only two months with 31 days back-to-back are July and August. Why? July was named for Julius Caesar. Augustus, meaning “father of the nation,” died on August 19, 14 AD, and was probably poisoned by his wife. So they named August after him before his death. But of course, August had 30 days and that would be slighting Augustus relative to Julius who had 31 days. So the solution was obvious. They took the extra day from February which was only named for a feast day known as the Februarius or Februa, the feast of purification, and renamed the month with 31 days equal to July.

Therefore, February was an easy month to take days from since it was named after a feast and nobody had to offend the gods.