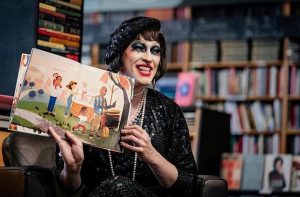 Certain schools in New York City do not have the funds for basic supplies. There are children who take the subway to school as the bus will not pick them up if they live too far. Some schools cannot afford basic supplies, and children must share. Teachers frequently pay for supplies out of their own pockets. However, the city has chosen to prioritize drag shows for children. Sadly, this is not a parody. A group previously known as the Drag Queen Story Hour NYC has already received $207,000 in taxpayer funds.

New York State paid $50,000 through its Council on the Arts, while the city’s Departments of Education, Cultural Affairs, Youth and Community Development and the Department of Transportation handed over an additional $157,000. Why is there a necessity for children to learn about cross-dressers? There is clearly an agenda at work when kindergarteners are forced to be subjected to this alternative lifestyle that they cannot possibly comprehend.

The worst part is that many parents were not informed that their children would be attending a drag show during school hours. Some schools did tell parents about the show but did not permit them to opt their children out of the program. This is a complete waste of taxpayers’ dollars and borders on child abuse. Yet another example of what happens when the government takes on the role of the parent.