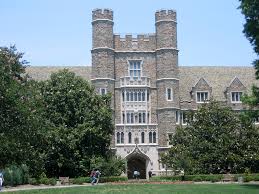 Duke University has parted from the other universities who benefit from collecting money to further global warming theories. Duke has done what I have argued, they conducted a study based on 1,000 years of temperature records. They analyzed the whole thing and compared it to the most severe emissions scenarios by the Intergovernmental Panel on Climate Change (IPCC). What they discovered is simply that global warming has not happened as fast as expected. The research claims that natural variability in surface temperatures over the course of a decade can account for increases and dips in warming rates. Hence, this is not a man-made trend.

Unfortunately, everything we have input into our computer warned that we were turning back down toward colder weather – not warming. On this score, Duke University seems to be far more objective than those seeking to create propaganda for global warming that the government can use as the excuse to raise taxes.