The move to end paper money and move toward a national cryptocurrency took a major step recently when the House Financial Services Committee task force expressed support for experiments to create a digital cryptocurrency version of the U.S. dollar. They argued that the United States had to keep pace with China, and in the process, they enable all Americans to access the digital economy. Neha Narula, who is the academic director of MIT’s Digital Currency Project, testified claiming, as they did in creating the euro, that the benefits of a digital dollar will lower costs within the electronic payment system. Of course, China also cracks down on protesters in Hong Kong. Obviously, the United States must crackdown on all dissent and cancel them from society to keep pace with China. 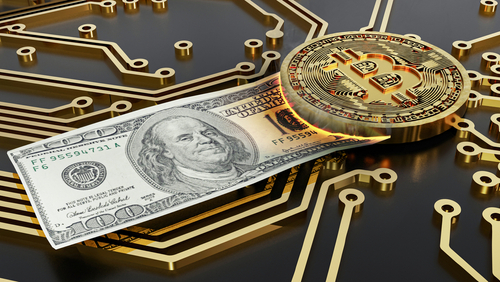 For years, I have watched behind the curtain how they operate. I believe that Bitcoin was “ALLOWED” to be created for the sole purpose of moving to a digital currency. Just as they float a balloon in first to see how the market reacts, which allows them to always deny it.

Nobody knows who invented blockchain. Don’t you find it curious that such a major invention takes place and nobody takes credit? Even the notorious government propaganda site, Wikipedia, states: “The blockchain was invented by a person (or group of people) using the name Satoshi Nakamoto in 2008 to serve as the public transaction ledger of the cryptocurrency bitcoin.” This appears to be the perfect COVERT operation, for blockchain allows the government to trace every person who handled that Bitcoin.

This entire cryptocurrency has been sold as somehow circumventing the central banks, and it will defeat fiat currency when in fact it too is not backed by anything tangible. It has been a creative sales job just like COVID telling people their lives are at risk and we have to lock down the world because you only have a 99.5% chance of survival.

They floated the balloon to move to NEGATIVE interest rates in 2014. I reported back in 2014 that when Larry Summers said interest rates should be NEGATIVE, he was flying a balloon to see how it was taken by the markets. I warned, “Negative interest rates are coming. When the economy turns down after 2015.75, they cannot lower rates that are already too low, so in their mind, they have to go negative. You will be taxed effectively on money you do not spend.” Shortly after that, the head of the European Central Bank, Mario Draghi, came out and agreed to say that NEGATIVE interest rates were possible.

They always float a balloon, and it is done by someone who is NOT part of the current government, as was the case with Larry Summers — the father of NEGATIVE interest rates. All the intellectuals hail it as brilliant as they are now doing with the Great Reset. Once it becomes accepted, they move in for the kill.

Klaus Schwab and his World Economic Forum are doing precisely that. This is the BALLOON they are floating, and the governments need not risk their lives this way. They are allowing this to unfold one drop at a time. When they are done, you will have lost everything, and your posterity will become economic slaves fed prearranged propaganda, which is not really that different from “The Matrix.” 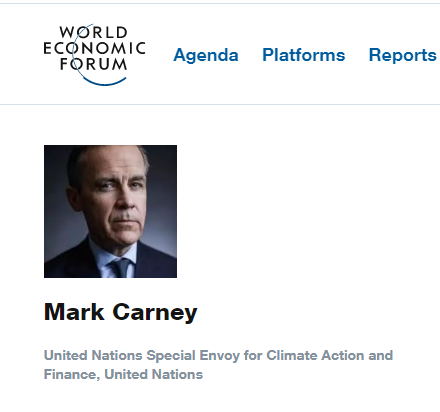 All governments in the West are on board. They have allowed Schwab to sell this idea to the people, and as they are conditioned, they will move forward. This is the enslavement of the population all because of their fiscal mismanagement of borrowing endlessly year after year with no intention of EVER paying anything back.

This entire Build Back Better agenda also requires a ONE WORLD GOVERNMENT. They are now trying to sell that idea, and I believe that is why they needed the Biden and Harris team, as they may not be intelligent enough to understand the implications.

They are pitching for an IMF cryptocurrency to enable a one-world monetary system that would be entirely traceable and thus will get every penny of tax. You will notice Biden has already been pushing for a 15% international corporate tax rate. They want to control everything. They refuse to take any responsibility. Their failures from the fiscal mismanagement of socialism are blamed on tax evasion, and they pretend they would not have deficits if everyone paid.

Listen to Schwab talking about the unrest because those with the “gray market” jobs will be unemployed. This is the objective. We will surrender all rights so they can try a totalitarian form of government. Once a politician tastes power, they can never relinquish it.