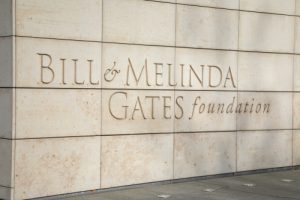 After their public divorce in late 2021, Melinda French Gates pledged to give the majority of her wealth to the foundation she developed with her now ex-husband. Melinda French Gates is now retracting that promise. “I recognize the absurdity of so much wealth being concentrated in the hands of one person, and I believe the only responsible thing to do with a fortune this size is give it away — as thoughtfully and impactfully as possible,” French Gates wrote in a letter. She will instead spread her wealth to various philanthropic causes. Is her statement a nod at her ex-husband’s fantasy of monopolizing vaccines to become the richest man alive? She is now claiming that handing that much money to one person, or foundation in this case, is irresponsible.

Melinda remains the co-chair of the foundation along with Bill. However, she has agreed to step down by 2023 if either party deems they cannot work together. Perhaps she knows Bill has plans to push her to the side – she knows too much. The Bill & Melinda Gates Foundation (expect a rebranding come 2023) remains one of the largest foundations in the world with an estimated $51 billion endowment. It seems like some no longer wish to closely affiliate with Bill Gates. Even Warren Buffett, a top Gates Foundation donor, slowly backed away from Gates in the last year. The formerly quirky, nerdy Microsoft founder’s image has changed over the course of this pandemic to that of a man thirsting for power. 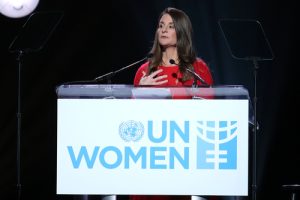