Bill Gates did not become one of the richest men in the world by investing in stocks. I am not recommending any of these particular stocks, but I do want to point out where Bill Gates’ interests lie. Notice how his foundation is invested in what many would consider COVID-sensitive equities such as Caterpillar and FedEx. Nearly half (45%) of his portfolio under his foundation is invested in his former buddy Warren Buffett’s company, Berkshire Hathaway. Warren Buffett subtly distanced himself from Bill Gates last year and resigned from the Bill and Melinda Gates Foundation after 15 years. 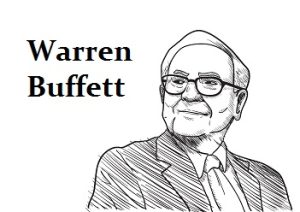 Before I share Bill’s portfolio, I must mention that Warren Buffett is now obligated to provide shares to the Gates Foundation. In June 2006, Buffett drafted the following letter:

Buffett followed the letter by stating that in the event of his death, he expects contributions to the foundation to continue. “I will soon write a new will that will provide for a continuance of this commitment,” he penned. Although Buffett resigned last year, he also gifted the foundation $3.2 billion. However, that is based on the formula presented in his letter above from 2006 as Berkshire shares have spiked. Buffett knows that he will receive a tax incentive for donating money to the foundation as it could not possibly spend it all. Buffett says he received 40 cents in tax benefits for every $1,000 donated, but tax experts seem to believe that is misleading. Since he is avoiding capital gains and estate taxes that could hover around 40%, some experts believe he is saving around $400 to $740 on every $1,000 he gives away.

Here is a list from 2021 of the foundation’s portfolio:

« The Greatest Female Trader of All Time?