Doctor Who Discovered Omicron Variant Was Forced to Lie About Severity 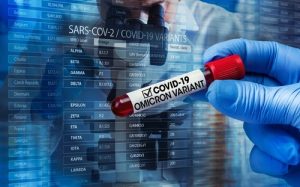 Dr. Angelique Coetzee, head of the South African Medical Association and one of the doctors who discovered omicron, admitted that she was pressured not to reveal the mildness of the variant. “I was told not to publicly state that it was a mild illness. I have been asked to refrain from making such statements and to say that it is a serious illness. I declined,” Dr. Coetzee told Germany’s Welt newspaper.

Coetzee did not reveal which government officials pressured her to lie. However, she revealed that it spanned far beyond the South African government. In an effort to discredit her, Coetzee says that officials from the Netherlands and UK also began to criticize her. “What I said at one point—because I was just tired of it—was: In South Africa, this is a mild illness, but in Europe, it is a very serious one. That’s what your politicians wanted to hear,” she said.

“The definition of mild COVID-19 disease is clear, and it is a [World Health Organization] definition: patients can be treated at home and oxygen or hospitalization is not required,” Coetzee said, adding, “A serious illness is one in which we see acute pulmonary respiratory infections: people need oxygen, maybe even artificial respiration. We saw that with delta—but not with omicron. So I said to people, ‘I can’t say it like that because it’s not what we’re seeing.’”

Hospitals and Big Pharma would have lost out on profits from omicron had her voice not been stifled. Lockdowns, mandates, and the governments’ grab for power would have potentially lessened had the mainstream media reported the doctor’s findings. Governments worldwide clearly have an agenda (Agenda 2030) and collaborated to LIE to the people in order to retain the powers provided to them by COVID fearmongering. The Great Unwashed eventually discovered the truth after countless people contracted the virus and lived to tell the tale. In fact, omicron proved that the vaccines were a moot point since “the vaccinated” still contracted and transmitted the virus. The truth always reveals itself in the end.