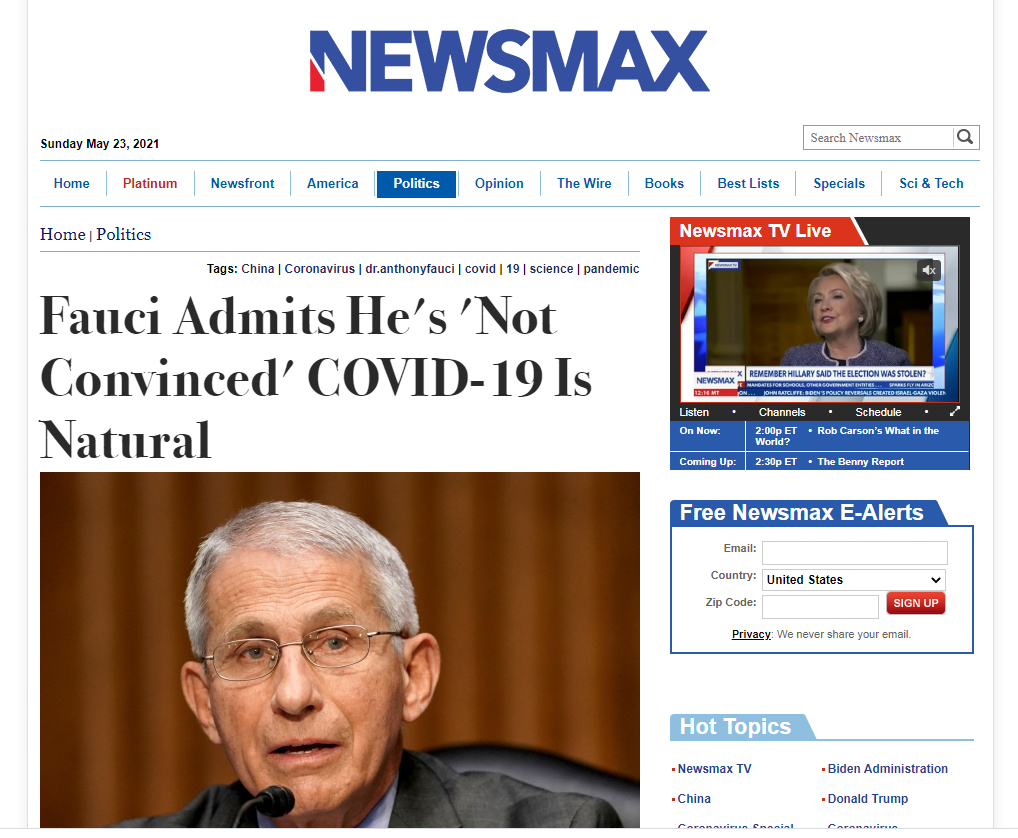 Ever since COVID-19 was hurled at society and the Gates’ funded model that was no better than a child’s dame of SimCity predicted the next black plague so the world had to be shut down which has NEVER been done in 6,000 years, life has become strange. Government experts, like court-appointed lawyers who are paid to ensure they always lose to keep the government’s 99% conviction rate, have we seen a herd of the most prestigious media outlets denying what was clear to anybody with a brain capable of rational through. The obvious fact that perhaps the COVID-19 pandemic originated in the Wuhan lab where scientists were performing dangerous research into coronaviruses.

Now the flood gates have opened and countless scientists feel free to speak at last. They have been suppressed by the Fauci Propaganda living in fear that they would lose their licenses if they dare tell the truth. Now scientists are openly saying that COVID-19 ‘has NO credible natural ancestor‘ and WAS created by Chinese scientists who then tried to cover their tracks with ‘retro-engineering‘ to make it seem like it naturally arose from bats. But both Fauci and the World Health Organization have been coconspirators. Will the Democrats honestly investigate Fauci? My bet is they will NEVER admit his involvement in anything unless they can tie it to Trump. 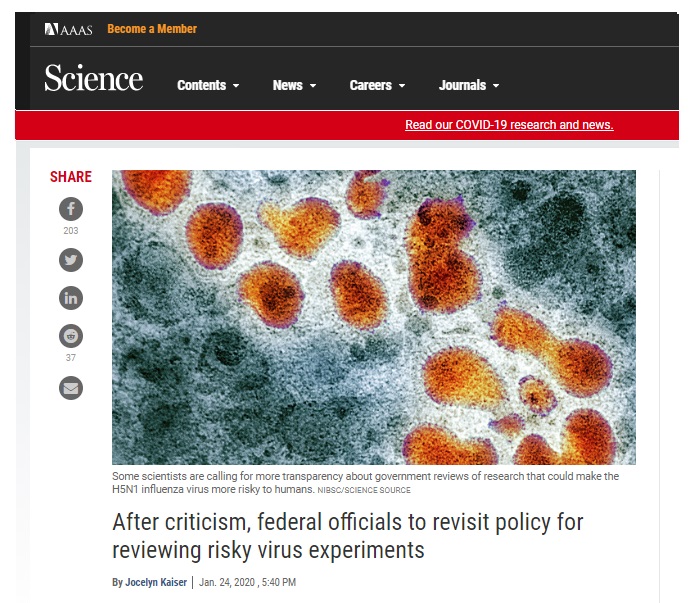 The fake news refused to even discuss that Saint Dr. Anthony Fauci had previously been working with viruses from bats was trying to give them gain of function so they could spread to humans. You had to dive deep into the scientific press to discover the controversy that Fauci set off with his experiments with COVID viruses deliberately trying to make them evolve to infect humans. Mainstream press call this a conspiracy theory – their favored phrase that allows them not to address the facts. 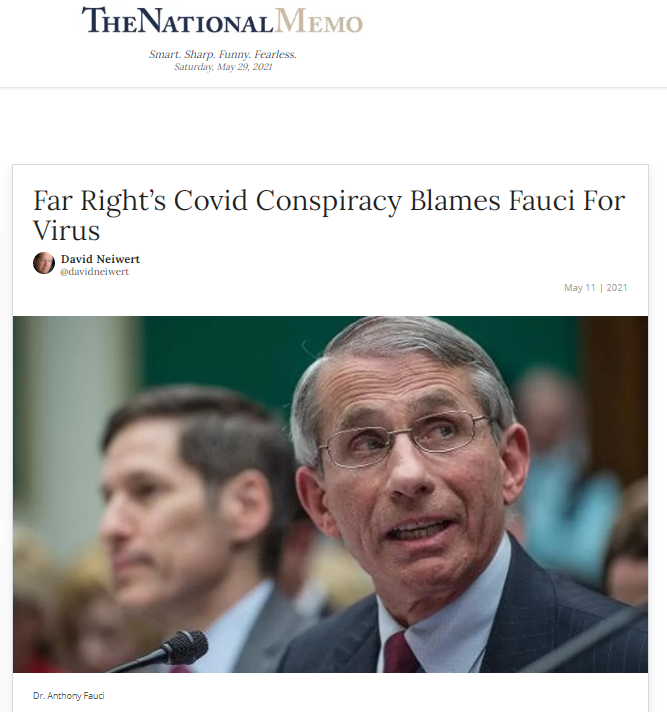 The mainstream press and BigTech refused to accept any discussion that COVID was man-made and without any proof whatsoever that it simply achieved gain-of-function on its own and spread from animals to humans. Even as late as May 11, 2021, we find those in the press still claiming it is a Far-Right conspiracy theory. The mainstream press chooses the same path as Pravada of the former Soviet Union and just wrote the government propaganda as absolute truth and labeled everything else a conspiracy theory.
You were labeled a right-wing nut-job for uttering the possible thought that this deadly pathogen might have leaked from the lab and they would usually call you a racist-conspirator as well just to spice up the label. Twitter, Facebook, and YouTube all joined in with the government to promote the party-line communist-style and began canceling anyone who dares to question their government propaganda. This is the only time perhaps I would like to have been President for a week to send in the troops and charge the head of every one of these free-press organizations with treason.
Suddenly, Nicholas Wade, who has been a science writer and has worked on the staff of Nature, Science and, for many years, on the New York Times, wrote a piece that challenged this government propaganda in an authoritative article detailing why it was more likely that irresponsible scientists, rather than infected animals, created the disease that has killed at least 3.5 million people worldwide. Wade did not pronounce that he had the proof that COVID-19 emerged from a lab. He argued that it was a very strong possibility. OMG – that is what the right-wing nut-job racist-conspirators & Nazi Trump supporters were saying.

Part of the propaganda machine has been directed at Donald Trump by the Democrats and if he said it was night, then he was lying, it must be the day. The joke was that Trump had said the Vitamin D helps defeat COVID which you get from the sun and CNN announced it was moving its entire headquarters underground. They needed people to HATE Trump to justify turning the United States into a Marxist wonderland with them in the elite power positions still enjoying caviar.

Trump had to be painted as racist and a xenophobic nut case to dare blame the Chinese for possibly leaking the virus upon the world. Simply because Trump said that was a possibility, the LEFT, media, and BigTech in tow, had to stamp out anyone who dared to say such a thing and cancel them for they were not human in their books. They secretly yearned for the power of Stalin to just make people vanish into work camps to die by the millions. 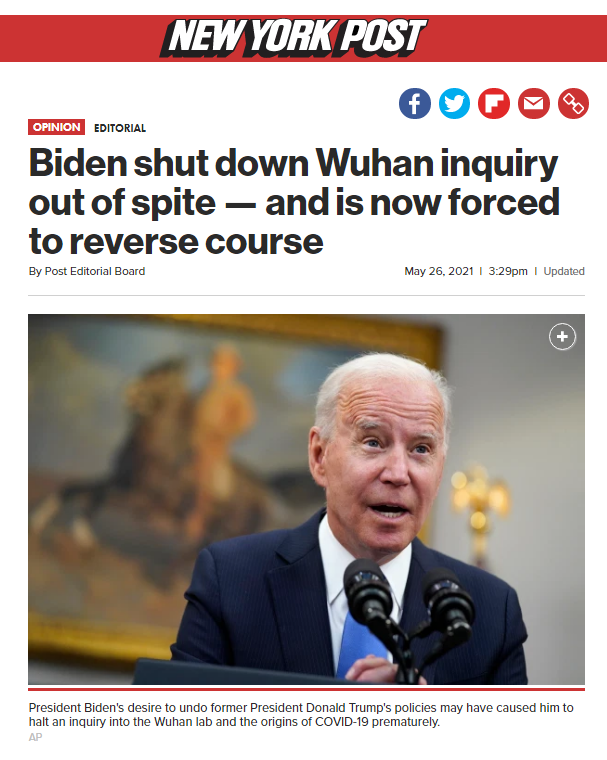 Just reported on May 26th, Biden shut down an inquiry into the lab leak theory. The World Health Organization’s “investigation” into a lab leak was a farce and they were stonewalling. They offered no proof and simply said they looked at it and it was nonsense. Wade with his single article had forced Biden to reverse course, calling for a new investigation into COVID’s origins.

All of my sources pointed to a “convenient” lab leak precisely on schedule. The “BUILD BACLK BETTER” slogan was coined and discussed behind closed doors at DAVOS in January 2019 one year before someone unleashed COVID-19 to further the Great Reset. I reported that my sources were telling me that they had been told “a virus was coming” and I also knew that Gates began selling stock in December 2019 as was the case with Klaus Schwab and his World Economic Forum ahead of the March 2020 COVID CRASH. 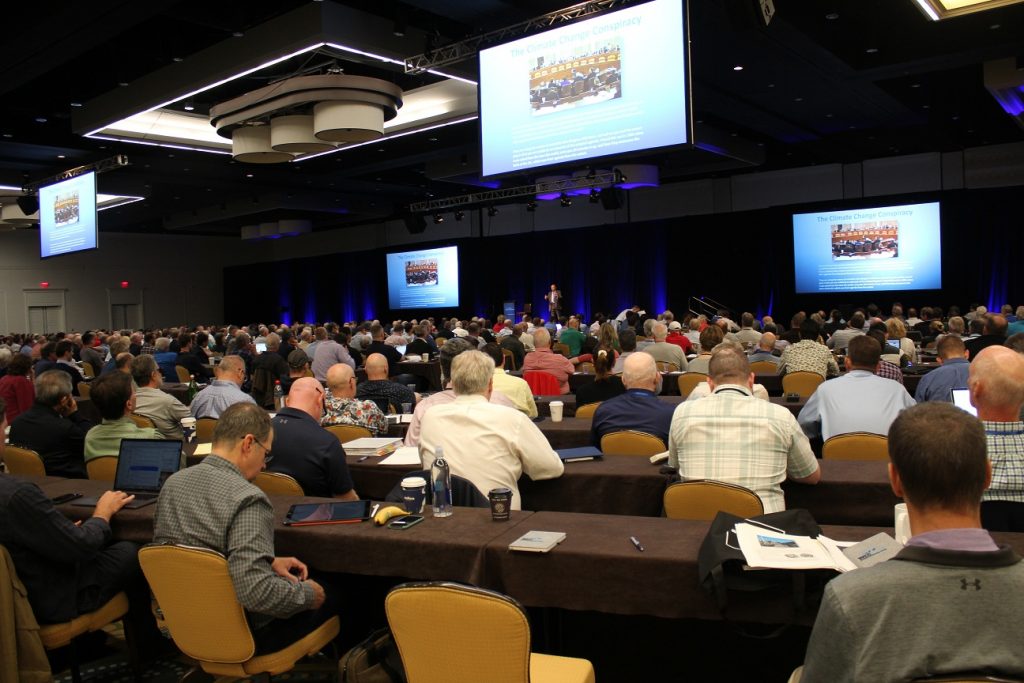 All the pieces were there and I reported that our computer picked up a shift in the capital flow in August 2019. I stated that something was seriously wrong. I did not say there would be a virus. That I did not hear until January 2020 after our 2019 World Economic Conference. But the computer was picking up that something was wrong. I am not clairavoyant. I simply relay what the computer is projecting at that time.

Indeed, I warned that even the Dow was inverting and it was appearing that we would have a crash with the turning point January 18th, 2020 on the Economic Confidence Model and that would most likely unfold as a 2020 low more akin to a liquidity crisis where all assets were liquidated to raise cash. People come to our conferences from around the world to grasp what the computer is showing – not my opinion. Everyone has an opinion and nobody can forecast the future based upon an “I think” opinion. The world is far too complex to stay on top of every subtle trend globally by reading newspapers. The world economy acts like a virus and something small in one tiny region can spread evolving into a major international trend.

While sources in Washington who were concerned about national security issues in the Trump administration were arguing that it was a lab leak and the Chinese were covering it up, they never considered that they too may have been unsure if someone was bribed to leak the virus from this dark force gathers from the epic center in DAVOS. Meanwhile, it appears that the bought and paid for virologists were telling the world that the odds were overwhelming that it was not a lab leak but an animal transmission with no direct evidence. Money cannot buy love, but it buys fake research all the time and opinions.

There was plenty of evidence that at Wuhan they were indeed experimenting with gain-of-function where an animal virus was deliberately converted to infect humans. This was the very research Fauci was conducting and was then ordered to shut down because of its high risk. I suspect history will remember Fauci as the next mad scientist. 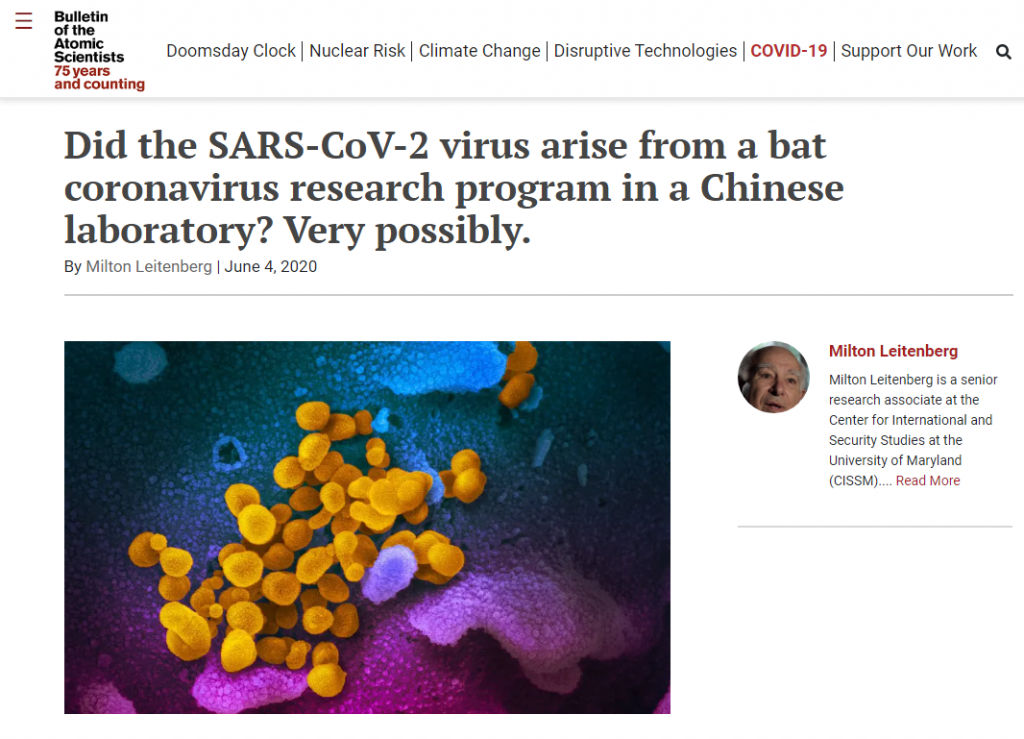 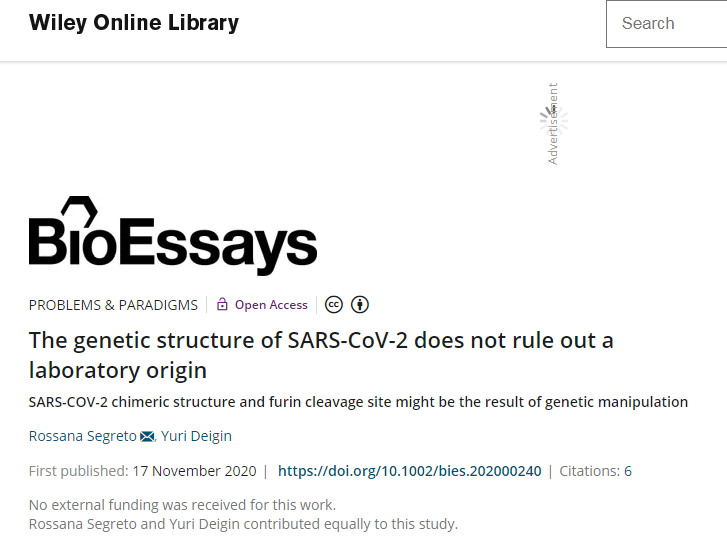 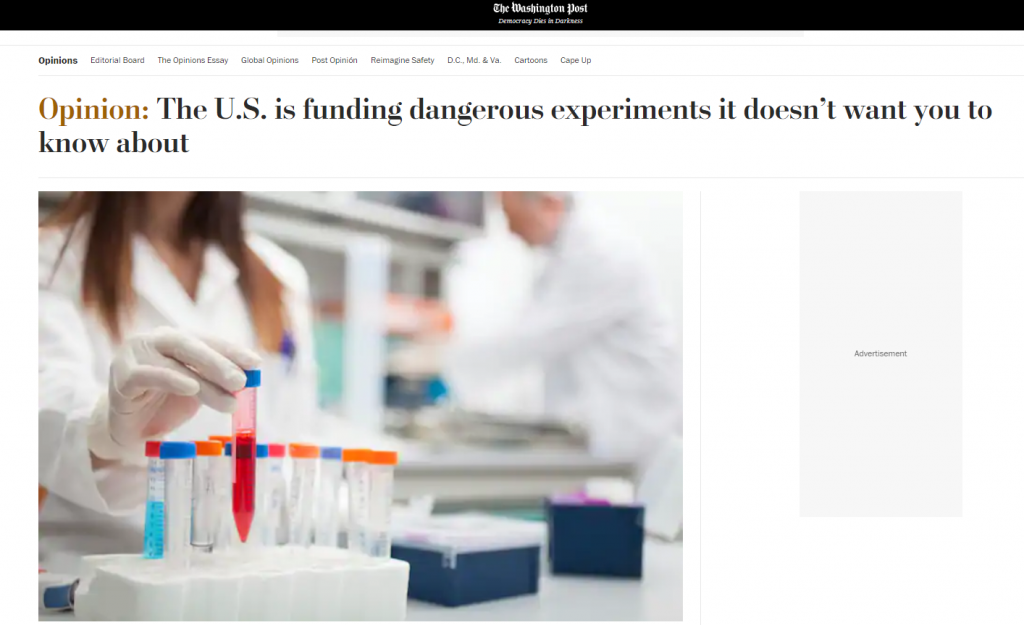 Top scientists were in fact concerned about the lab leak possibility that the American media was calling alt-right conspiracy theories giving Fauci perfect cover. Finally, on January 24th, 2020, Science Magazine reported that the NIH would review once again their high-risk experimentation into creating gain-of-function ability in bat viruses. The research of Fauci has likewise fueled the Chinese response that this virus was planted in China by the American military.

That I do not believe, they have the right idea, but who stood to gain? Not the US government. The ouija board point to the World Economic Forum for who Fauci even appears in their Great Reset promotion videos. Indeed, Tom Inglesby of Johns Hopkins University and Marc Lipsitch of Harvard University joined forces to write an Op-Ed against Fauci which appeared in the Washington Post.

I maintain that China did NOT leak this virus intentionally NOR do I believe it was a careless leak. I believe those behind the Great Reset PAID an employee there to leak this virus. The investigation should look for a FORMER employee or one that came into wealth without explanation. 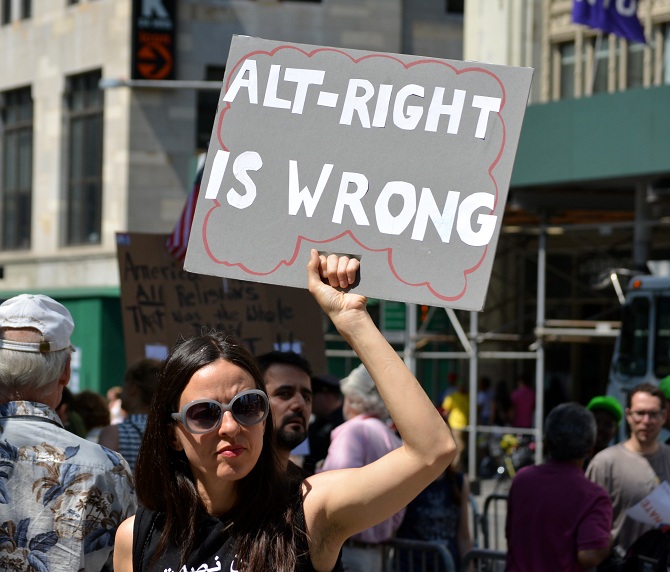 I find it ironic to be against corruption in corporations, BigTech, and government which somehow justifies standing up for just what is right makes you ALT-RIGHT and automatically wrong. What these mindless drones call the ALT-RIGHT, they are so hateful, they are sealing their own fate and that of their children if Gates will allow them to have any. They hate all this capitalism just run out to get the jab and are stupid enough to think that (1) the government really cares, and (2) the government never lies. I hate to tell them but CNN, Washington Post, and New York Times are all part of the big corporations they despise. 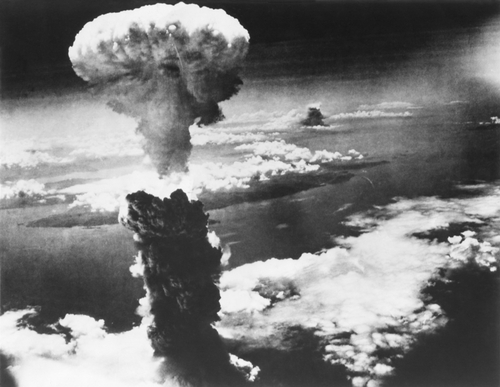 This is no longer about truth. This is simply whatever Trump said was wrong and every policy he put in place must be reversed. Simply because he said it may have been a leak from the lab meant it was not because they had to take the opposite position. They have destroyed our liberty and everything that a free society stands for. The function of a society is not to allow one group to oppress another. That is tyranny. It certainly makes me want to find a private island to run to and wait for the mushroom cloud to appear which will be the signal that all is clear. 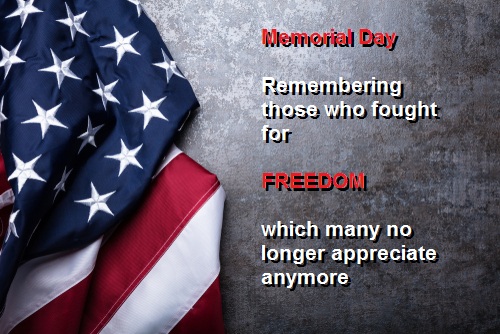 People were signing a fake petition to ban Memorial Day because it celebrates American Imperialism. Most have no idea what it even stands for. They claim to be WOKE, but I’m not so sure they are awake. Even VP Harris has been criticized for disrespecting all the people who have died in these wars when they were told they were fighting for our liberty. It just goes to show you she too is the perfect #2 head of state with zero experience in international affairs and clueless about even respect for the military who they tell are giving their lives for the country when it’s just for politicians.