Can a Vaccine or Virus Alter People’s Beliefs – Crime Against Humanity?

There has been a chilling video where recently it has been alleged that Bill Gates gave a lecture to the Pentagon where a vaccine or virus could deliver a genetic something to alter what is being called the God Gene. This leaked video appears to be dubbed at least from an audio perspective or it is not properly synced. It certainly does not appear to be Bill Gates dating from 2005. Some have theorized that there was a program #FUNVAX to alter the minds of “religious fanatics” in order to control their behavior. This is really scary stuff. There is no evidence that the Pentagon ever launched such a program and if they did, it does not seem to have worked in Afghanistan.

There has been much distrust about Bill Gates for on the one hand his fears overpopulation but then wants to vaccinate the world to protect us from this Coronavirus. This position is certainly inconsistent and it has many wondering what is his real agenda? Many fear that Gates is dangerously flirting with genetics, which some warn is becoming part of the social environment, and it is setting itself up as a form of secular religion, with fundamentalist overtones. The knowledge provided by mapping and sequencing the human genome may make it possible to achieve one of the most provocative of the new biotechnologies: human gene therapy. 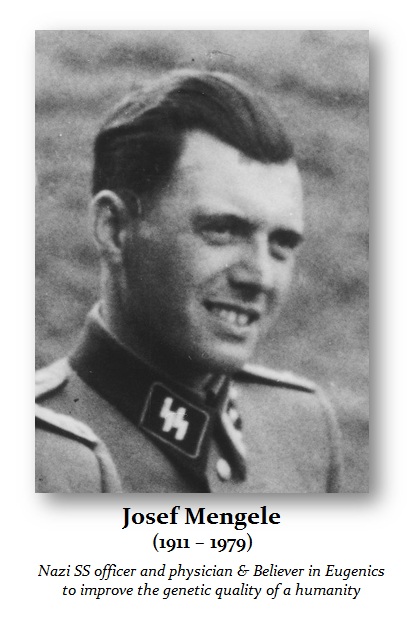 Now comes the comparison to the well-known eugenicists Josef Mengele. It was Mengele who conducted experiments taking identical twins, and subjecting one to horrible experiments in an effort to distinguish the difference between genetic and behavioral differences. Eugenicists held genetics responsible for undesirable characteristics and social conditions like criminality and poverty. Proposing that religious “fanatics” can be defined very loosely to anyone who disagrees with the state or a philosophical standard is the stuff of a James Bond plot.

Eugenicists may not be advocating gas chambers or torturing a twin to compare the responses with an identical twin, but what the ramification would be by trying to vaccinate people or to create a genetically engineered virus to deliver a genetic alteration as suggested in the Pentagon briefing is just mindblowing. Some fear that this could become reality despite the fact that this video is most likely a fake. There is a risk that genetically engineering viruses to deliver some genetic altering effect is not unrealistic. The only real question is can there really be a God Gene that is subject to being altered, which is far from being proven. 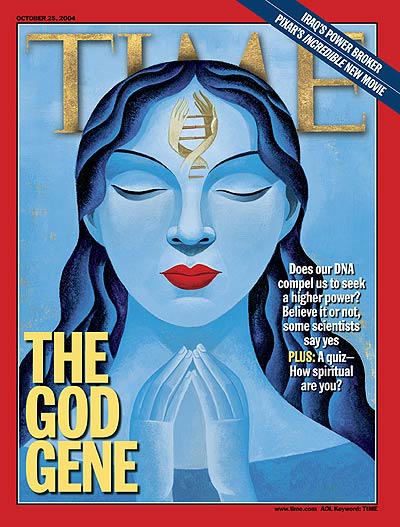 While this video has been around and resurfaced over the years and was probably made to combat vaccinations, it is running around now claiming this is Bill Gates making a presentation at the Pentagon. There is no evidence this is Bill Gates. Given the science and the efforts at genetically engineering viruses, it is not beyond question that a virus could be engineered to do something very unpleasant. There is no concrete evidence that even there is a God Gene. The theory centers on the idea that if there is such a gene, then it could be altered by a vaccine or a genetically engineered virus. I would suspect that if it could be altered, they would probably do it with a virus rather than some mandatory vaccine. Still, I would not accept a vaccine from Bill Gates because his agenda is inconsistent with his support of Climate Change.

Exactly what is Gate’s agenda? He is not a medical doctor, an economist, and even admits he has no idea about economic history, he is not a scientist on climate, and he never wrote the program DOS that made Microsoft – he bought for peanuts. He has basically shut down meat production but conveniently has investments in meat substitutes. In fact, Bill Gates and Leonardo DiCaprio joined forces, not just in climate change, but in promoting meat substitutes because cattle eat grass and emit CO2.

Gates has huge investments in vaccine companies. If he vaccinates the entire world and made just $1 from each person, that $7.5 billion. This is a huge violation of the Securities Exchange Act – he has major conflicts of interests and if I did that without disclosing my conflicts I go to jail for 20 years.

Gates obviously has scared the hell out of people running around TV worldwide advocating lockdown and then justifies his actions saying people do not want to leave their homes. He has destroyed more jobs than any invader in history, has set in motion massive food shortage which may help his reduction in population for rebuilding a ZERO CO2 environment. He has no respect for democracy nor how he has destroyed people’s pensions.

You cannot vaccinate the entire world. CDC data shows that the very best vaccines are only 60% effective. There will NEVER be 100% guarantees. Then the formula has to change every year. So this is something he intends to rule the world and sell his vaccines yearly for what? $15 to $50 billion annually? Vaccines are NOT 100% safe and they are endless for every new virus mutation would require another vaccine.

God help us. Will some government PLEASE investigate? If he really believes what he is saying, how many people will starve and how many domestic violence cases will there be? How much sexual abuses of children will take place? He takes no responsibility for any of this. Then we have city and states who intend to raise property taxes more than 30% to compensate for their lost revenue already. What about more than 50 million people losing their jobs in the USA alone? Less than 1 million people were diagnosed with this virus. That does not warrant guaranteeing the world. Never in human history has that EVER been done! More than 30% of Americans will lose their homes who have mortgages? Does he care about any of this?

And the press asks nothing about all of this. Nothing! Just maybe they should stop hating Trump so damn much and look at someone who is impacting the entire world and changing everyone’s future.