American Are Ignorant of What the Real Plan Is 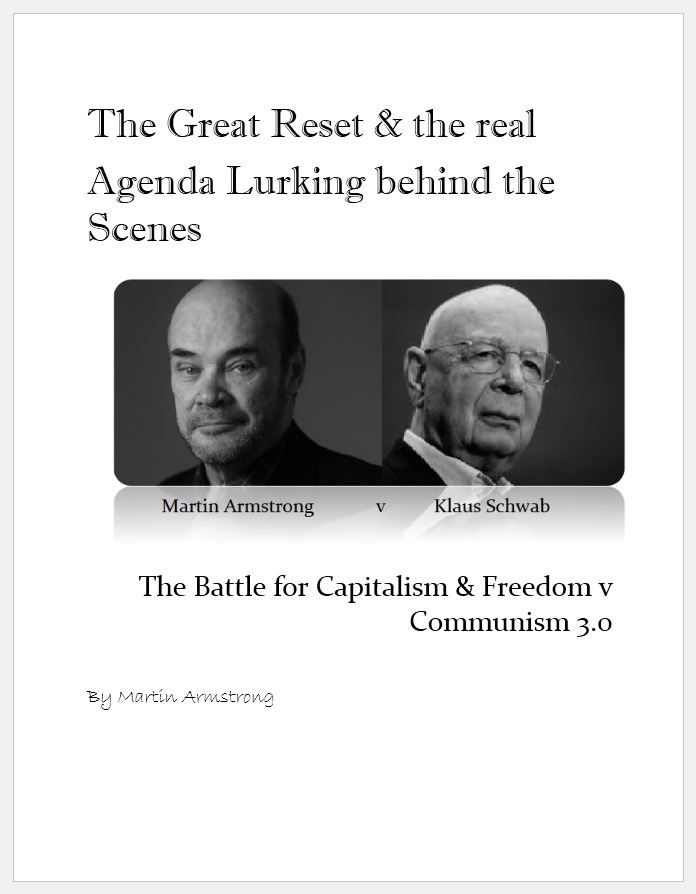 COMMENT: You are correct. Americans are ignorant of what is taking place in Europe. The new law states everything except work was forbidden: “walking, having fun, singing, dancing, meeting, everything was forbidden … ”

This is about reducing society to mere existence.

REPLY: People have no idea what this agenda is all about. I have been warning that socialism was collapsing. All the social programs are imploding. They have created endless money in hopes of “stimulating” the economy and that has failed. All the economic models have failed and that means it is impossible for central banks to even manage the economy. The ECB lowered interest rates to negative in 2014 and they have been unable to save the economy. People have been hoarding their cash because of (1) the lack of any faith in the future, and (2) they no longer trust the banks.

They had a choice. Take my proposal of a solution whereby we retain our culture and freedom or adopt Schwab’s Great Reset where you will own nothing and there will no longer be free elections along with meat. On top of that, his plan is to overthrow the United States and our nuclear arsenal will then belong to the United Nations. This all sounds like a plot out of a James Bond movie. Perhaps that is what inspired them.

This is what you get with a handful of people with way too much money which seems to turn them into megalomaniacs who think they are saving the world. ABC News called a secret meeting they had which they would not reveal their plan, the good guys. They called them SUPER RICH FRIENDS. Anyone else is the hated rich.