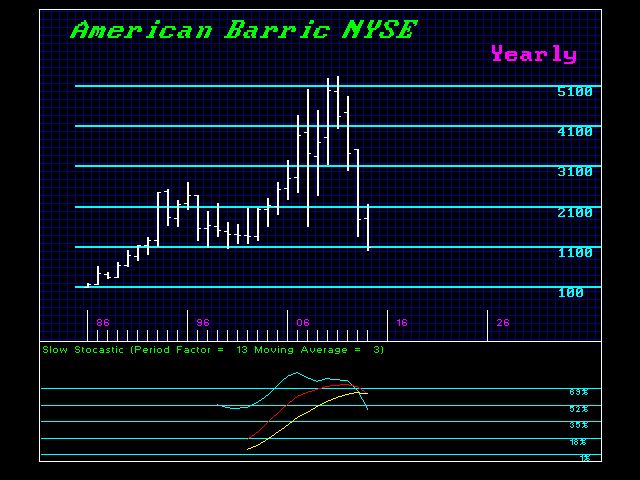 Mitsui & Co Precious Metals Inc is closing down its NY and London operations as losses mount. In New York, their operation was rather small with about 30 people, and their annual revenues were a little over $3 million. The company was formed only in 2005 and has not handled the bear market since 2011 very well.

At the low, traditionally we should see metals companies fold. This applies in both the brokerage community (market makers) as well as miners. This is part of the cycle where they will collapse as we make the lows and reach over-expansion at the top. American Barric, the largest miner, now owes more than the company is worth. Its over-expansion using debt at the top was a recipe for disaster moving into the lows. Where gold HAS NOT elected any yearly bearish reversals, Barric has elected TWO.