We Have Only 12 Years to Live – Are they using the ECM?

ANSWER: You know, I never looked at that. Interesting perspective. We have a lot of problems, but climate change that is caused by humans is not on the list. It is curious that the entire socialistic system will collapse by then and the unfunded liabilities and pension fund failures will be at $400 trillion. Perhaps they are using our date but using climate to raise the taxes. I don’t deny that those in politics are well aware of our model. I get calls about it from that sector around the world. However, it could be just a strange coincidence. Why so soon 12 years? Climate would not alter the earth to such an extent even if natural in just 12 years. 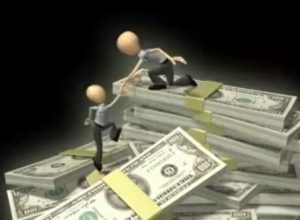 They want to raise taxes dramatically and seize control of the economy, but nowhere is there a plan to actually alter the climate. They claim that punishing us drastically will change the climate while they get a huge mountain of cash.

Nevertheless, some 500 climate scientists have submitted a declaration ahead of the UN climate summit in New York stating bluntly that THERE IS NO CLIMATE EMERGENCY. It is really just unbelievable how this NON-ISSUE has been beaten to a giant climate crisis, and unless we all pay a huge amount of new taxes we will all die in 12 years. They even claim that ALL scientists are “UNANIMOUS” on this issue. Well, here is a declaration that shows they are NOT all unanimous on this issue.

In truth, this is just a covert socialist effort to seize control of the economy. What I cannot grasp is either the press is sublimely STUPID, or they are all for surrendering both wealth and liberty.

Personally, lets just party, not pay taxes, and enjoy life with the few remaining years we have left (lol). Of course, if either Bernie of Elizabeth Warren gets power, I think it is time to leave and head to Asia where they believe in cycles and have rejected this climate change scare tactics. So the West returns to horse and buggies and Asia becomes the new financial capital of the world. Hm!

« Why People Fail to Understand There are Cycles to Everything
Correction: We Should all be Dead in 2020 Because of Climate Change »