More Insanity from the Climate Group without Supporting Evidence 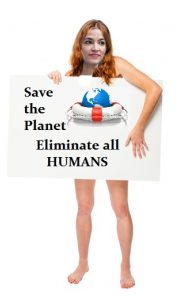 Here we go again. The Breakthrough National Centre for Climate Change has issued a report without ANY scientific evidence whatsoever offering an opinion predicting the end of human civilization as we know it. The report begins:

“In 2017-18, the Australian Senate inquired into the implications of climate change for Australia’s national security. The Inquiry found that climate change is “a current and existential national security risk”, one that “threatens the premature extinction of Earthoriginating intelligent life or the permanent and drastic destruction of its potential for desirable future development”.
I told the Inquiry that, after nuclear war, humaninduced global warming is the greatest threat to human life on the planet.”

The report is but 10 pages of unsupported opinion offering what many in the press are calling a “terrifyingly entitled Existential climate-related security risk, glimpses 30 years into the future to the year 2050 — and the results are grim.” (See article).  The report recommends:

What can be done to avoid such a probable but
catastrophic future? It is clear from our preliminary
scenario that dramatic action is required this decade if
the “hothouse Earth” scenario is to be avoided. To
reduce this risk and protect human civilisation, a
massive global mobilisation of resources is needed in
the coming decade to build a zero-emissions
industrial system and set in train the restoration of a
safe climate. This would be akin in scale to the World
War II emergency mobilisation.

These people are truly off the wall. They have no understanding of what a zero-emissions world would be like and in fact, such a world is impossible. A volcano puts more CO2 into the atmosphere than years of soccer moms driving their kids to school.

« Climate Change – Hail Storm in Mexico & Snow in Norway in July
It’s the Volatility – not the Temperature! »