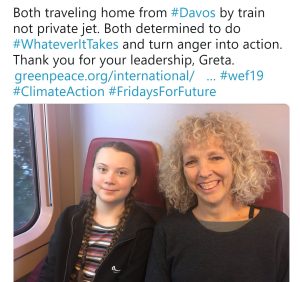 COMMENT: So it seems that Greta Thunberg was not a true believer in climate change, but that her parents got her involved in the movement so as to help with her Aspergers and severe depression. Unbelievable–no wonder she seemed so unstable during her speeches.

REPLY: It has been well known that Greta Thunberg had severe depression issues. Her parents supported her activism as “medicine” for her depression. The Telegraph has revealed that this child has been really abused and exploited by Greenpeace’s Jennifer Morgan and Al Gore. Her father, Svante Thunberg, publicly acknowledges that he and his wife were “not climate activists” but made radical green changes to their lives as they saw the impact it had on their daughter’s mental health.

It is a real shame that this child has been exposed internationally. As the climate change agenda is exposed for the abuse that has taken place for a long time, Greta will suddenly be exposed to declining attention. What sort of  depression withdraw will she go through then? Such things can be dramatic and often lead to suicide in some situations. The exploitation of Greta should be a serious offense.