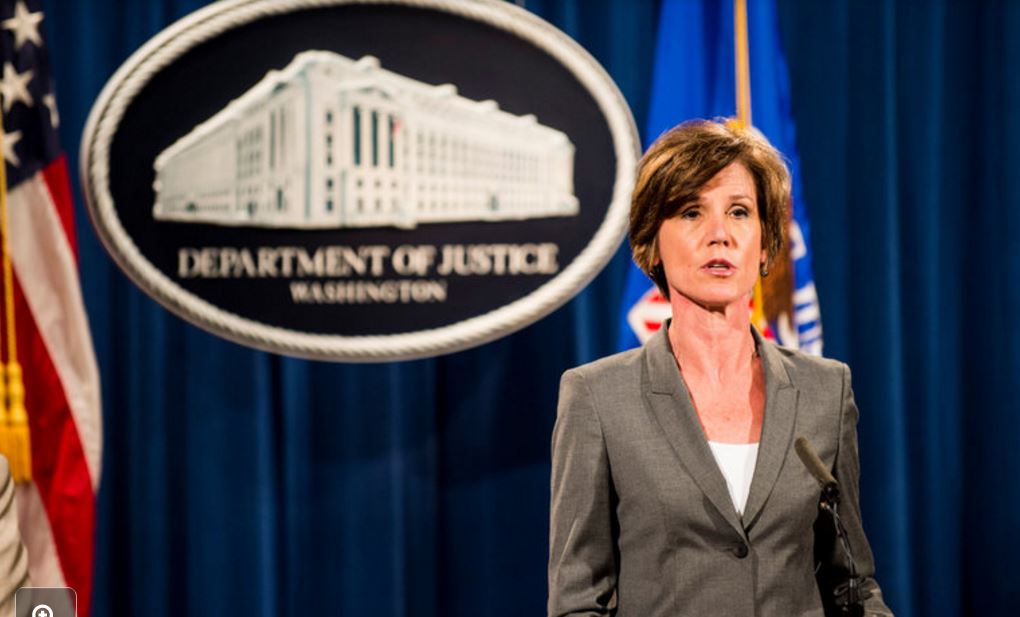 There is clearly a coup unfolding led by the Democrats and the media. They will not accept Trump and are determined to destroy the government as we have known it. Sally Yates obviously pulled a political move by declaring that she would not execute Trump’s ban of the selected countries. She has no problem arresting aliens and deporting them under the Clinton laws.

Trump’s executive order would only constitute deporting someone on the next plane that tried to come in to the USA who was not a legal resident. They would not be arrested or put in prison as Clinton’s laws mandate. What was Yates up to? Obviously what she did had no real legal meaning, it was a political stand and for that Trump rightly fired her. She is a disgrace to her career.

The Trump ban is temporary, except on Syria, ranging from 90 to 120 days giving time to make sure the criteria is valid. Try going to India from Thailand. They will not let you in. You have to go back to your home country to apply for a visa. There are no open borders where you just go without agreements between countries. Americans could not go to Cuba for decades. Why is this temporary ban being used for such political levels? They could care less about the issue of aliens. They even try to call this a “Muslim” ban. One of our staff is Muslim and he came over this week from Europe with no problem, but he was born in Ireland. So despite the headlines, this is not a religious ban. It is really more about creating political unrest designed to overthrow the Trump government.

It was Europe who opened their borders to the Middle East ONLY because Merkel’s polls were negative because of her harsh treatment of Greece. It was her personal decision for her own career that created the refugee crisis in Europe and all the new terrorist attacks, rapes, and decline in security. Obama jumped in and said the USA would also accept these migrants claiming to be refugees when it was the USA bombing that turned them into refugees in the first place.

The American press will ONLY focus on the 100-200 people who were effected by the ACLU’s court battle. They take these few exceptions and made that appear to be the majority. They never addressed Clinton’s laws that imprison an illegal alien for 5 years if they dare come back to visit their families that are split and divided.

This is simply all about trying to topple the Trump government and the media, like CNN, is leading the charge along with the New York Times, Washington Post, ABC, NBC, and CBS just for starters. First we had the Green party exploiting people for donations without any real chance of doing anything but make Jill Stein rich. Now there are groups asking for money to fight Trump on the refugees. The exploitation of people for money seems to be a career of the anti-Trump forces. Whose pockets is all this money going?

Where was the media and the Justice Department when Obama defied the Constitution expanding the NSA. He previously said that the old form of government was to surrender our rights for security to a wiser government because we are too stupid to know what is best for us? Where was Yates when Obama expanded the NSA? Cheering for she would have more power? We are back to the old way of government being asked to surrender our rights and our common sense. 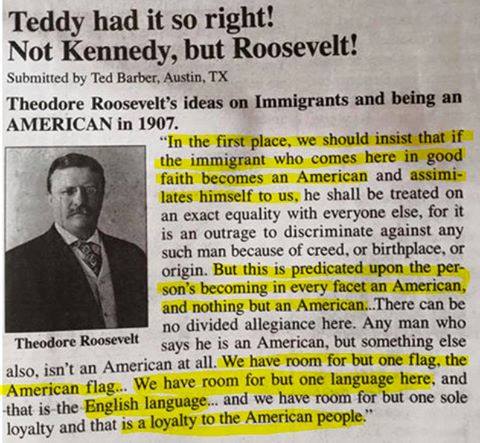 They are picking and choosing what to show the public and distorting the fact and the history. This is all about trying to topple the government and this is the real agenda — an all powerful government because we are too stupid to know what is best.

The media is hell-bent on toppling the government. They have no alternative. It’s all about fighting for bigger government and the surrender of all rights. This is not going to end nicely and it has not even been one month yet.