Sex Workers, Homeless & Suicides on the Rise Thanks to COVID-19

The lockdown has had so many ripple effects that it is just mind-numbing. Shutting down restaurants and retail stores have had already a profound impact. Many girls have been left with no choice but to turn to the sex trade. Some are engaging in physical contact while others are selling nude photos and videos to make money online. Generally, as waitresses and sales girls in malls and shops, they typically work part-time. As a result, they are not entitled to unemployment, no less healthcare. If they have no stable home-life to go back to, many are turning to the sex trade. Ironically, because of the massive loss of jobs, the potential client-base has also shrunk. At the same time, this is raising concerns for their safety as explained by the girl who is in the Sex Trade and explains in a TED Talk.

The rising risks as outlined by Reuters have absolutely destroyed our civilization as we knew it. The homeless rate is rising alarmingly as people lost their jobs and have no money for any shelter. Some have been reduced to renting rooms in 1950s motels, but even that they are charging $35-$50 per day.

I have warned that at week four, the average person will start to question what is going on and the response will be the attempt to shut down free speech. We are witnessing a wholesale rise in protests around the country after week four. At week six, we will begin to see rising violence and civil unrest.

These elite climate change people who do not see the human suffering they are causing or the World Health Organization demanding we remain locked down without any regard to starvation or the rise in suicide is just unimaginable. They have no respect for human rights. They think they can suppress the people into submission, destroy their jobs, nationalize companies, and eliminate paper money to create a new type of green world order is even doable. Sorry, that just does not seem to be viable.

The Russian and Chinese revolutions were made possible because of the massive poverty. In this case, this poverty is being inflicted rather than building upon an impoverished class that never tasted any normalcy of life. 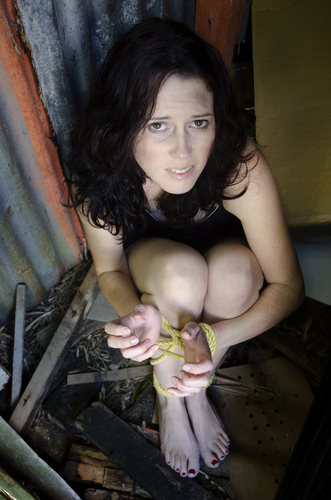 The girls who are being driven into the physical sex trade are going to be at greater risk. Once you make something illegal, you create a tax-free profit center and girls are at a greater risk of being abducted. The movie Taken, is a real live-practice. This is a rising risk that this pandemic has unleashed along with rising suicide and homeless because people have lost everything. These elites have created tremendous frustration for so many people to save 35,000 elderly who would have died of the flu anyway? Nice excuse. This is all about creating a new Green World Order. They don’t have the guts to even allow a democratic vote.

These elites pushing this lockdown cannot possibly be this stupid to pretend this is really about a virus to save 35,000 people. There is a broader agenda where there has been a merger of socialists and Climate Change advocates to accomplish particular goals. Even Microsoft has suddenly applied for a patent (WO / 2020/060606) for a cryptocurrency device attached to your body on March 26th, 2020 given the push to eliminate paper currency. Even Milinda Gates has addressed the G7 under the pretense that digital currency and eliminating paper money will empower women? Her vision is to reduce population and that empowers women not to have children. Does that mean she has no problem with the sex trade provided the use he husband’s microchip to prevent pregnancy? 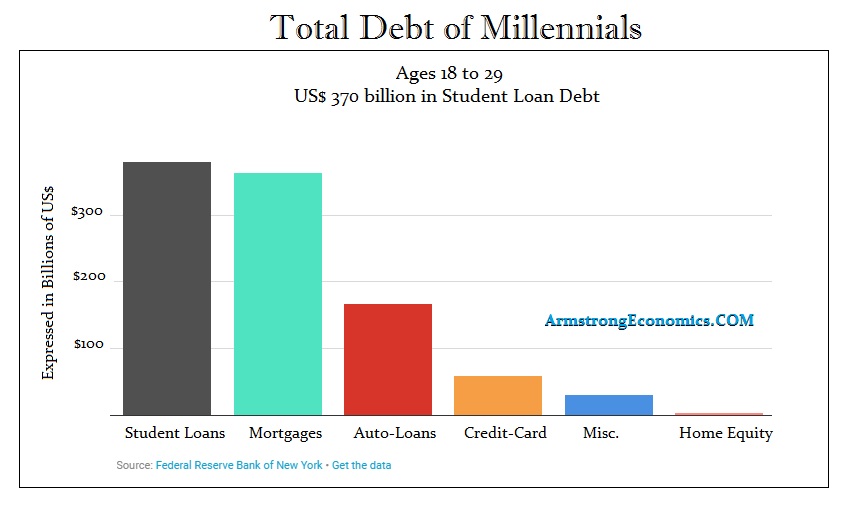 Because of the burden of student loans, many are simply not in a position to even marry. The real shocking number is that 40% of millennials are still dependent on mom and dad. The number of kids still living with their parents into their 30s has reached a 75-year high coming in at a stunning 40%!

The girls who do not have a stable home to rely on, have no employment, no chance of marrying, and this orchestrated pandemic has devastated their future. They cannot even collect unemployment as a parttime worker burdened by student loans that are worthless. Nobody wants to address the social impact of this nonsense over a virus. Does anybody in government or the media even care anymore what they are supporting?