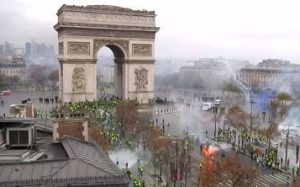 QUESTION: Would you say that the majority of French are becoming anti-Islam?

ANSWER: No, of course not. The blackout of such protests does make it hard to gauge to what extend the French are rising up in protest. Then again, the standard rule of thumb is for every protester there are 10 who stayed at home.

The point is not to imply that the majority feel in that manner. The point is obviously that this is a rising trend or the government would not try to block media attention. So if it were just a fringe group, news of that would not be blocked for that does not reflect any meaningful segment of society. 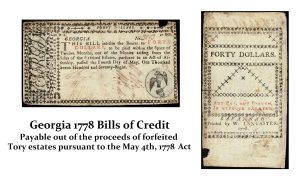 No matter what country you look at, there are always people on both sides of the issue. Here is a note issued by Georgia that was backed by assets confiscated from people who had supported the king during the American Revolution. There is NEVER any such protest or revolution where 100% of the people are on one particular side. There will always be dissent and support of governments. You have the right to pick your side, although you may not have the right to publicly express your opinion.