Dorsey Moves into Banking as Promised to Overthrow Trump

COMMENT: Mr. Armstrong, I thought you were wrong on Bitcoin and that it was a store of value. I can see now that it is only a trading vehicle as you have said. But what made me write to you is I just read that Dorsey is opening up an online bank. You got that right too. It is interesting when I read you and compare to others, you are the one who comes out correct in the end.

My humble apology for being a doubting, Thomas.

REPLY: I know for a fact they have allowed Bitcoin and other cryptocurrencies to exist in order to condition people into accepting the end of paper money. I cannot understand people who think I am wrong and somehow cryptocurrencies will overthrow the dollar and governments. Really? Does anyone really believe that governments will just relinquish power willingly? 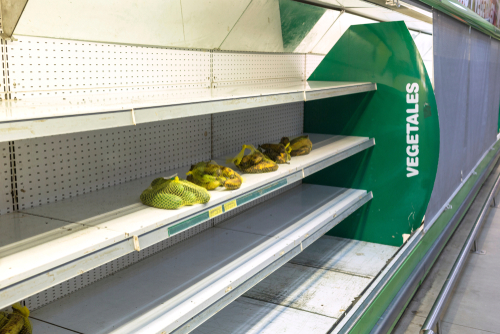 We are headed into a wave of inflation, but one that is constructed on shortages. One need only look at the systemic problems behind the shortages created by a planned economy during the communist era. A goods shortage was the norm. Those under communism were confronted with chronically empty store shelves. When the shelves were replenished on rare occasions, there were long lines that would form outside the stores for blocks. I had a Russian girl who worked for me as a programmer. She said the number one problem coming to America was having to make decisions in the store. She said they had only one type of toilet paper. There are so many here. She didn’t know how to buy anything for each purchase involved a choice and decision.

Even in China, there were ration coupons that became the norm. Just about everything was rationed. This is what takes place when the government is in control of production be it directly, or through what we are beginning to see, outrageous regulations – lockdowns which are hailed by Schwab’s World Economic Forum.

This is NOT really a question of I TOLD YOU SO. This is not a contest of my opinion v someone else. I really have to wonder if some of those mouthing these absurd forecasts are not being made as deliberate misinformation to move people toward a digital currency on behalf of the powers behind the curtain. They defy all reason and show either sublime stupidity or cunning devious misinformation to manipulate society to pull off this Great Reset.

I warned back on January 21, 2021, that BigTech sees the power to overthrow the banks. These powers have declared that they want everyone in the banking system worldwide to end paper money, which is over 1 billion people (just read the IMF). This is why Dorsey, Facebook, YouTube, and Google along with Microsoft were blocking Trump and funneling money to the Democrats who bribed them with the dream of controlling international banking. If governments take Schwab’s solution and default on all its debt, then they NO LONGER NEED THE BANKERS to sell their bonds. Branch banking will come to an end and these people think they will move to a controlled economy with no private debt. They are out of their minds!

I know what I am talking about. I have shaken the hand of Schwab. Have any of these people claiming Bitcoin will overthrow the dollar ever talked to anyone in authority?  I have met with board members of the IMF. There are those who are so desperate to convince people not to listen to me because they are part of the entire scam against We the People. I have been approached many times to join these globalists. They preach the Fourth Industrial Revolution is coming, but post comments on YouTube to try to prevent people from looking at Socrates because it forecasts their demise. Sorry Schwab, but Socrates says you fail!

Schwab and his cohorts think locking us all down and destroying the economy and production is a good thing. I cannot see how ANYONE takes a position against me who is not really working against our freedom and human rights. They are so desperate to stop people looking at Socrates or the media to ever cover what Socrates is doing, all in their quest to conquer the world.

So it is not I TOLD YOU SO, this is not a matter of opinion. This is a serious global effort to redesign the world economy and Socrates stands in their way.