Why is Timing Consistent Throughout the Ages?

Thank you for kindly answering my question on data.

No doubt you are aware of Ray Kurzweil and the Singularity Theory. The deflationary impact of technological change, nanotechnology, quantum computers, etc etc seems to be accelerating exponentially. This must be causing a crushing impact on historical cycles.

Can your model realistically take account of this if it is fed by historical data? I hate to use the phrase it might be different this time considering your belief in the predictability of human nature and the performance of cycles in the past.

We have access to knowledge of and perhaps control over human behaviour way beyond anything available in the past, both politicians and the common man.

Even war cycles would seem to be open to distortion as robotic conflict perhaps allows less population upheaval. In other words could there be a qualitative change in the war cycle?

My ultimate problem with cycle theory is there always seems to be another hidden cycle which suddenly becomes dominant or existing cycles unpredictably distort.

ANSWER: I had assumed such things might be the case, but after the model churning everything from ancients times to the present, nothing has changed from a timing perspective. For example, on June 3–4, 1989 became known as the Tiananmen Square Massacre. It marked actually the start of the collapse of Communism in China. By the 9th of November 1989, the East German government announced that all GDR citizens could visit West Germany and West Berlin precisely 158 days later. Everyone attributed the demise to the modern technology. However, it was less than one year following the revolution against Monarchy that gave birth to the Roman Republic in 509BC that we find Democracy being born in Athens as a revolt against its tyrants. The modern technology did not alter the cycles between the fall of Communism in 1989 to the rise of Republic/Democracy in 509BC. From the birth of the American Revolution in 1776 against Monarchy, 13 years later we get the French Revolution.

Timing seems to remain the same. The shift to technology that is reducing jobs is nothing new. That is precisely what the Great Depression was all about. Previously, 41% were employed in farming. The combustion engine reduced the need for labor so by 1980, just 3% were employed in farming. The invention of the automobile wiped out the horse-buggy and carriage industry.

The same took place with the railroads. As they expanded, mail order was created and that reduced the need for local stores. Just like book stores today cannot compete with the internet at Amazon. The introduction of airplanes then reduced long-distance travel on railroads and converted them into mainly transportation of cargo. Each technology displaces some previous. 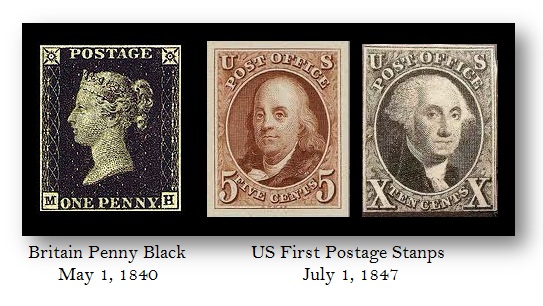 The Great Britain Penny Black was the world’s first adhesive postage stamp used in a public postal system. It was issued in Britain on May 1, 1840, for official use from May 6th of that year. It took about 7 years for that innovation to inspire the USA to do the same in 1847 with its first postage stamps. Here we are 172 years later (2x 8.6 x 10) and the British Royal Post is being sold and the internet has reduce the postal department to the carrier of junk mail much as the airplane did to the railroad. 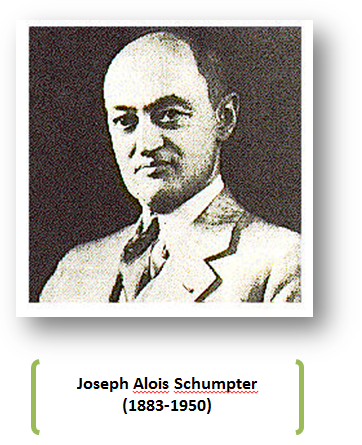 The technology causing the change may differ from one wave to the next. Nonetheless, the timing is curiously always consistent throughout the centuries. This is what Joseph Schumpeter noticed and called the Wave of Innovation to explain the business cycles. He provided the fundamental explanation of why there were such waves as some new innovation emerges causing the economy to surge. However, Schumpeter failed to explain why these waves of innovation occur at strange regular intervals from a timing perspective. 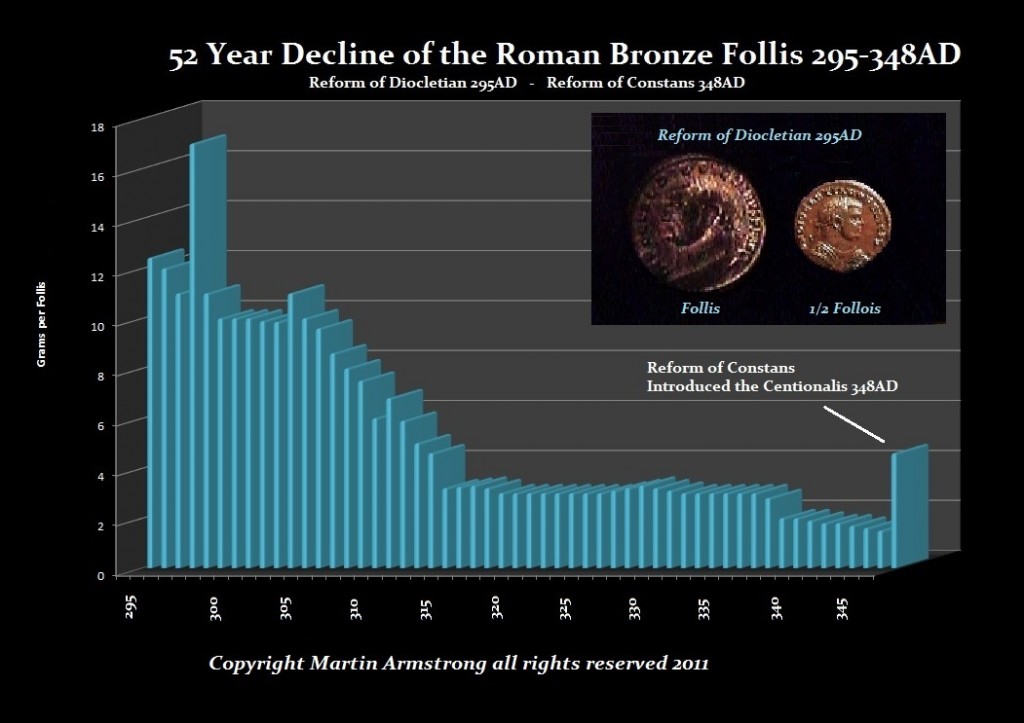 We have built the largest collection dealing with monetary history even assembled. This effort was carried out to provide all the data from thousands of years to see what makes the economy move. What emerged from this major effort was that the timing always remains the same. Perhaps there is just a time that it takes for such events to unfold and that remains consistent always for it is not the innovation per se that you are observing, but the human interaction and it simply takes predefined periods of time to cause people to react.

The exponential rise in the debt of the Venetian Empire was 52 years. Look at Byzantium. It fell to Venice and was then ruled by the Latins in 1204, Just 52 years later, Michael Palaiologos comes to power inside the government and in 2 years (1258) he instigated a coup against the influential bureaucrat George Mouzaion becoming joint guardian for the eight-year old Latin Emperor. Then on January 1, 1259 he was proclaimed co-emperor with the help of Genoa who was always against Venice. On July 25, 1261, Michael VIII’s captured Constantinople from its last Latin Emperor and entered the city on August 15th when he was then crowned as a Greek Emperor together with his infant son ending the Latin rule. 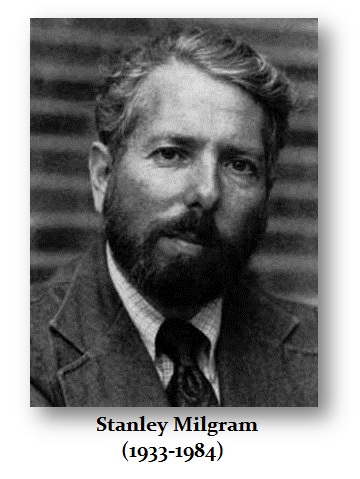 Why is it 52 years? The timing never changes. The Second Punic war (218-201BC) was followed by the final Third Punic War (149-146BC) precisely 52 years apart. There are countless examples from history regarding this timing (51.6 year wave of the Economic Confidence Model). Technology seems to make no difference. Sounds logical that it should somehow speed up the process. However, that assumption is wrong for news could travel between Rome and Athens in just days, It also assumes if somehow people get the info they will immediately react. There is no proof of that assumption. The studies conducted by Stanley Milgram (1933-1984) prove that logic is faulty. Place one person on the street staring into the sky and people walk by assuming he is nuts. Place 5 people there staring at nothing in the sky and a group of people will form to see what they are looking at.

People create traffic jams because they all have to see how bad the accident was. They may say it was horrible, but they still need to see. There is individual behavior and then there is group behavior. I am only interested in the facts. Trying to figure out the WHY, will be a piece I wrote back in 1979 that we will republish – the Why Report.

« Gold Stashed in Airplane Toilets
Gold can still be Fiat »