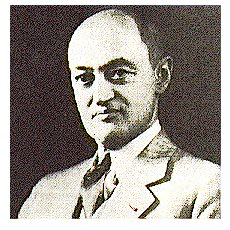 Joseph Mois Schumpeter was an Austrian economist, educated in Vienna. He taught at Czernowitz, Graz and Bonn. In 1932, he moved to Harvard where he taught until his death. Among Schumpeter’s writings are Theory of Economic Development (1912), Business Cycles (1939), Capitalism, Socialism and Democracy (1942), and History of Economic Analysis (1954). Schumpeter developed a theory of trade cycles and growth; he argued that abnormal profit was the entrepreneur’s rewarded for innovation. He predicted, however, that the scope for innovation would be declining in the course of capitalist development as competitive market structures were replaced by monopolies. He believed that capitalism would gradually evolve into socialism.