The Winds of War – R the Markets Responding? 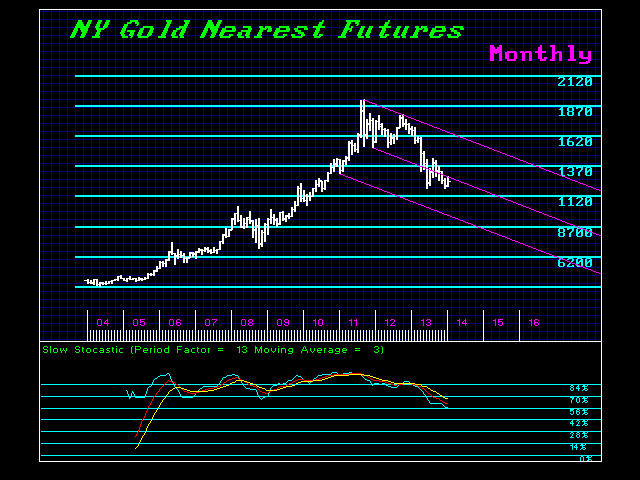 The markets are starting to align with the Cycle of War and this includes gold. This is a very serious development and it is why I stated previously that gold had reached our minimum objective. At the very least, there is room for a rally if we elect some key Bullish Reversals. Not even the oscillators are still over-bought on the monthly level.

What is critical here is that March is showing up as a major event for the start of volatility. In gold, it is a Panic Cycle, Directional Change, and high Volatility target. This is why we made our conferences for the end of March and it is why we have opened the Cycle of War, Gold & Sovereign Debt Crisis Conference to everyone. This is very important for if you do not invest understanding the REAL reason, then you will lack the confidence to stand by your investment decision. This is not a flat world with just one thing moving without impacting absolutely EVERY market around the world.

Forget about the nonsense of hyperinflation. That has been the same propaganda since the 1970s. It not merely assumes that governments will honor their debts and just print (really stupid), but this is the classical one-dimensional thinking that is incapable of seeing anything else around them. They cannot comprehend that the world currency (dollar) cannot go into hyperinflation without setting off a series of consequences that are far-reaching and cannot be limited to just gold will rise and everything else will fall and you will be rich. ALL such hyperinflation events are associated with (1) the loss of war (2) revolution, or (3) third world country in which nobody will invest. Those who constantly harp on this nonsense have not done their homework nor are they capable of dynamic thinking.

Gold is rising right now not because of inflation, but because of the prospect of tensions rising that can lead to war. Ukraine is a DIRECT confrontation between the USA and Russia. This is not Iraq, Syria, Vietnam, nor Afghanistan. This is a DIRECT conflict and it is why I have been paying close attention to Ukraine.

The shift in the markets is SOLELY due to CONFIDENCE. This is the only true mover & shaker in the global economy. I have repeatedly warned that gold is NOT a hedge against inflation or some fiat currency. This is slick salesmanship nonsense that costs people a ton of money and I believe is instigated by the market manipulators. Gold reached $875 in 1980 and almost $2,000 in 2011. The Dow outperformed gold moving from 1,000 in 1980 to 16,000. Gold was by no means a hedge against inflation or even hyperinflation that has failed to materialize outside the cavity in some people’s heads.

Feeding people this bullshit costs them their livelihood and jeopardizes the future of their family. It is outright fraud from an analytical perspective. There is ABSOLUTELY no proof behind what they yell  about that has any foundation in fact. It is always a question of pure CONFIDENCE. People start a run on a bank because they lost CONFIDENCE in that bank. This is the same driving force behind everything. You cannot make money if you do not understand what you are doing – and WHY.

« Global Market Watch Feb 6th, 2014
Ukraine force to Float Currency Because of Run on the Hryvnia »