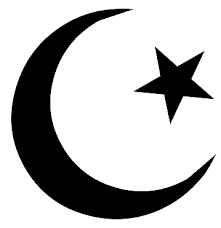 QUESTION: Nobody seems to know why Islam used the Crescent and Star as its symbol. I even asked a couple of Muslim friends but got different answers What is the real connection there? Wikipedia says its is only a 20th century addition yet it appeared on state flags of the Ottoman Empire.

ANSWER: Interesting. I looked at Wikipedia and they seem clueless. Here is a Roman silver denarius coin of Hadrian (117-128AD) with this classic symbol. This is a seven-rayed star within a crescent moon, Hadrian creates an iconographic connection to the return of a Golden Age, first represented in coins by Augustus in 19 BC. This symbol traditionally was representative of eternity. Hadrian used this motif to remind people of his accomplishments, in turn making Hadrian himself timeless. This design dates back to the 4th century BC, and was continuously used throughout history until its present status as a symbol of Islam. They may have adopted it solelu because it appeared as a symbol on state flags of the Ottoman Empire. The meaning seems to have been lost. It had nothing to do with religion. It was simply the concept of creating a Golden Age..