Yes the French elites are using the IMF to urge the confiscation of everyone’s accounts URGENTLY. The French have a long history of confiscating assets. This is a political belief in France that has been ingrained there for centuries. Napoleon actually imprisoned the Pope and confiscated the Papal States and took Venice. I do not speculate. I am interested in facts. Once a nation has done it before – they inevitably turn to that practice once again. It is just the way it is – not opinion.

We are now reviewing the timing. It appears that Spain passing these laws against protests that include the protection of bankers and the IMF urging again for a rapid confiscation, there is a possibility that events overtake politics and the May elections might be just too far away to wait this time plus the IMF is clearly insane and is most likely judging how it got away with it in Cyrus so it will be no big deal in Europe. Politicians realize one thing. The attention span of the public is less than a fly. At least a fly is persistent – the public forget and move on. I suppose we do not find shit as memorable as a fly. 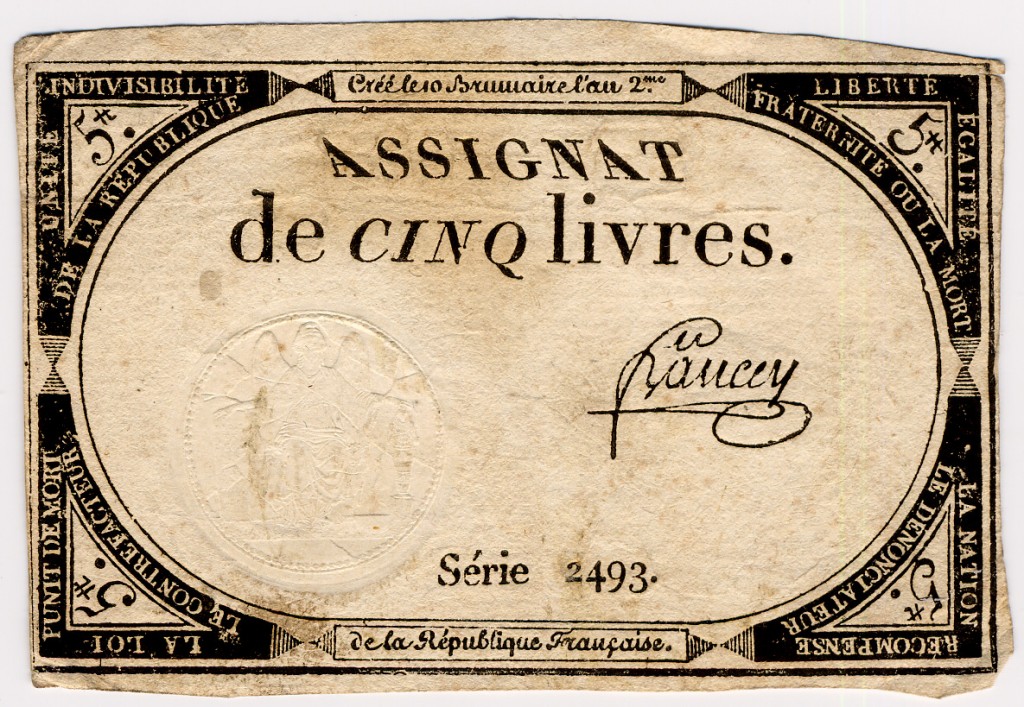 The French Assignats were paper money many point also went into hyperinflation. However, picking up the rug shows something more than the failure of another revolutionary government’s paper money. There was a backing. But what? Assignats were paper money issued by the National Assembly in France from 1789 to 1796, during the French Revolution. These Assignats were issued after the confiscation of church properties in 1790 because the government was bankrupt. Yes, these good Catholics stole the land and property of the Church to back their currency. Didn’t Henry VIII of England do the same thing? For you see, taxes may be really for the common folk, but so is religion.

Even the President of the USA does not want to waste time.when he has to go to church on Sunday. After all, he is very busy laying plans to torture people, deny trials to others, reading people’s Tweets, scanning Facebook to make sure the kids are not organizing, or he may need to invade Syria or anyone else who can’t really fight back Of course, he also has to try to remember to keep his lies straight when he addresses the public about taxes (including Obamacare) and civil rights all during services to make sure he is efficient since he plays more golf than anyone who ever held that office

Thank God this is Socialism. Can you image what the world would be like if these people didn’t care? (or should I say care only about themselves) 🙂