Gold – The Tree Must be Shaken

The number one story has been that the Fed is printing money, it will be worthless, and you have to buy gold. Sorry – way too simplistic. This has been said by the vast MAJORITY becoming one of the most common pieces of investment advice of recent years – just buy gold.

The Goldbugs have claimed that gold is the only true currency and it will protect you against the ravages of out-of-control government money printing. But that is just not happening. The Fed has shown what will happen when it stops the QE program. Bernake also said if he sells anything, it will NOT be the mortgages. This, the Treasuries will go first and hence the rise in interest rates. This is a GOOD thing for it is the necessary key to actually restoring inflation on a lagging basis. One reader writes:

With both gold & silver down substantially this morning there will definitely be rhetoric out of the gold bugs about manipulation in the paper futures market.

One thing I have never heard the bugs attempt to explain, is that when hundreds of tons of paper contracts are sold, who is the buyer?

Who do you think is buying all these contracts?

Your thoughts are greatly appreciated.

This is not about gold by itself and yet they will confuse even more people ensuring they lose their shirt and pants by swearing they are not wrong – it’s just a manipulation. This is a Spiral Collapse. There are so many people involved who just bought gold and held that there is enough fuel to see the typical required panic sell off. 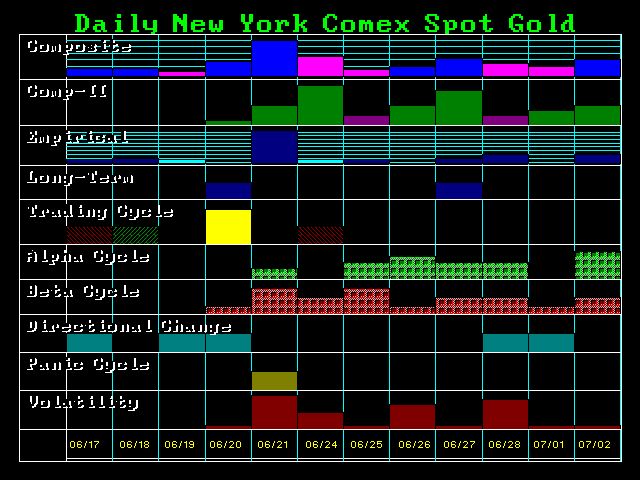 Gold began its recent decline precisely on target with the Direction Change of 06/17. Look for volatility to start to rise tomorrow into Monday. It will now take a daily closing back above 1400 to stabilize gold. This implies we have lower to go. 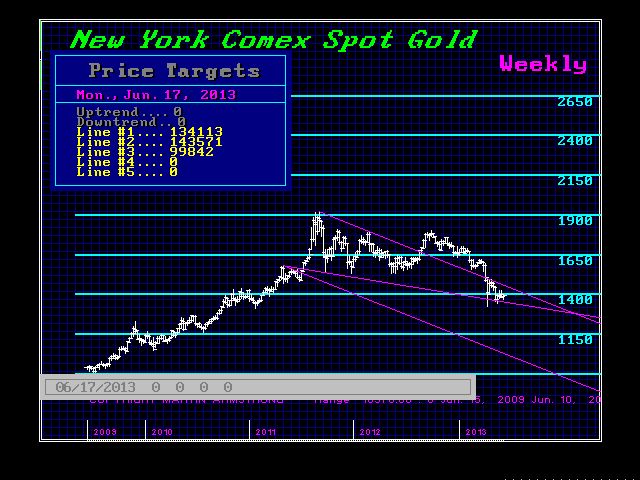 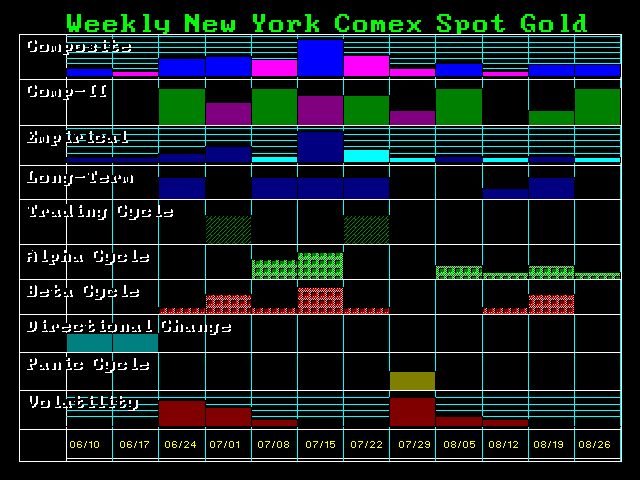 It still appears we could see the lowest monthly closing in June, but the intraday low may still move into July ahead of the ECM turning point.

« The Accomplishment of AI – Not Market Manipulation
The Dow & The Future »