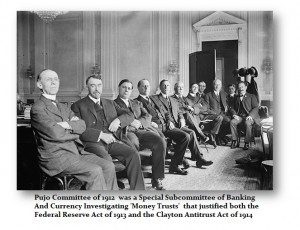 One of the often perplexing notions about markets is that there is some huge short-player who overpowers the market and forces it down. Every investigation since the notorious Pujo Hearings during the after math of the Panic of 1907 has begun looking for the mythical short player. Never has any investigation every found anyone. It was after a resolution introduced by congressman Charles Lindbergh Sr. to probe Wall Street assuming the crasg was abnormal and must have been caused by someone. Arsène Pujo (1861-1939) of Louisiana was given a congressional authorization to form a subcommittee of the House Committee on Banking and Currency. The lead prosecutor was Samuel Untermyer (1858-1940) who turned it into a ruthless mockery of justice and democracy. There was his famous interrogation of J.P. Morgan (1837-1913) that revealed how much this prosecutor did not know about finance.

Predominately, the problem that confronts the majority is the complete failure to comprehend what actually causes a panic. The assumption that there is some BUYER who buys the high and carries that to a loss all the way down providing the mythical short-player vast profits is another myth. The buyers on the way down are typically short sellers taking a profit providing vital support. There are some courageous attempts at bottom picking. However, these tend to die out the longer the decline prevails. 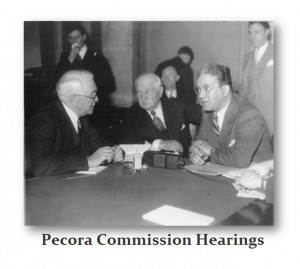 To find that mythical huge short-player has always been the goal. Herbert Hoover in his memoirs admitted that he had received a telephone call saying there was some plat against him and a huge short position created the 1929 Crash to ruin the Republican Party. Hoover thus began an investigation in search of this mythical short-player. Nobody was found after hauling in everyone from Rockefeller on down. The was the Pecora Investigation which began on March 4, 1932 by the United States Senate Committee on Banking and Currency, While the object was to investigate the causes of the Wall Street Crash of 1929, nothing could be determined so Roosevelt later created the SEC, which has never been able to find the mythical short-player or prevent a single crash.. The name refers to the fourth and final chief counsel for the investigation, Ferdinand Pecora (1882-1971). What was actually revealed was the opposite – the investors were all long and suffered losses right from the biggest names on down. Hoover apologized saying that sometimes when a government becomes enraged, it burns down the barn to get the mouse. Pecora was only in it to become famous. He was appoint to the SEC, but quickly resigned because he was not chairman.

Every investigation wants to hang someone. It is not interested in actually trying to understand how the markets function. The cause of the panic is NOT the short-player, but the concentration of long-players. When everyone who has thought about buying has already bought and is now counting their future profits, the end is near. Lacking a new source of buyers, the market becomes tired. As that unfolds, we end up with a dangerous position. The slightest scare creates a stampede no different than a heard of zebra. One may hear a lion and it starts the run. The others run because of the crowd and may have no idea why. When the majority are long and start to sell, lacking new buyers, they begin a spiral downward. There can be the FLASH CRASH where there is simply no bid. It becomes a Spiral Panic with some buying coming mostly from shorts taking profits. If is is a slow spiral decline rather than an instant flash crash, then there may be some attempts at bottom picking. This type of spiral decline becomes like a relay race with one handing off the torch to the next. 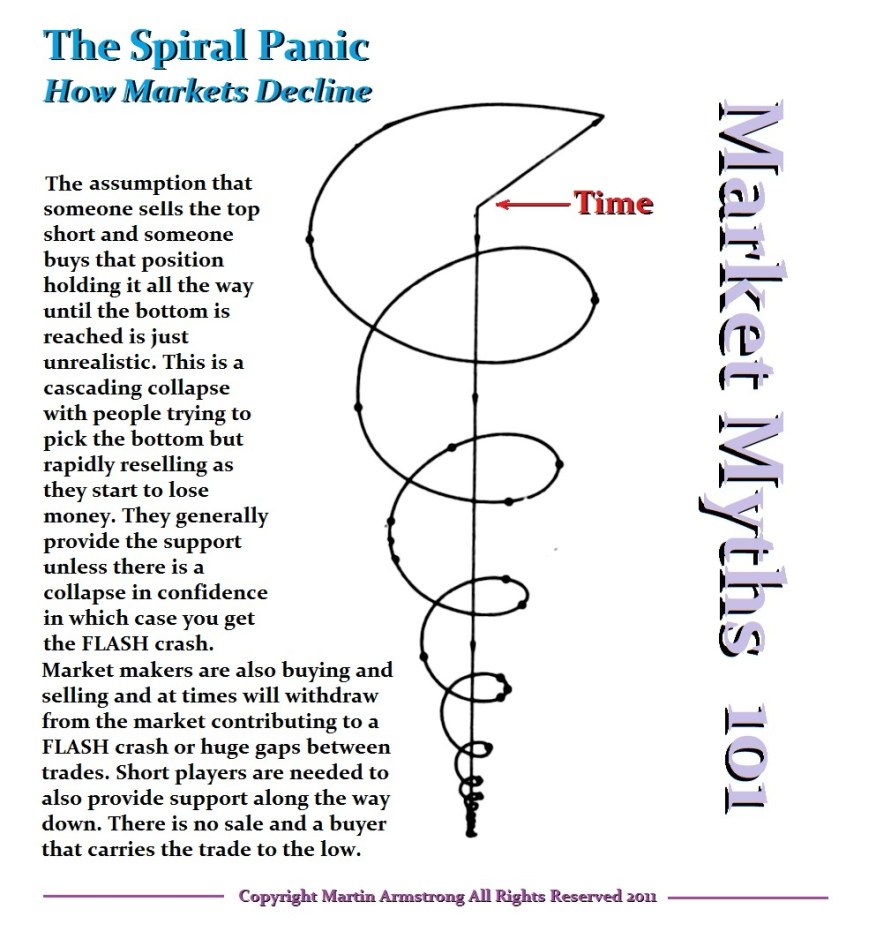