French Politics are Turning Ahead of 2017 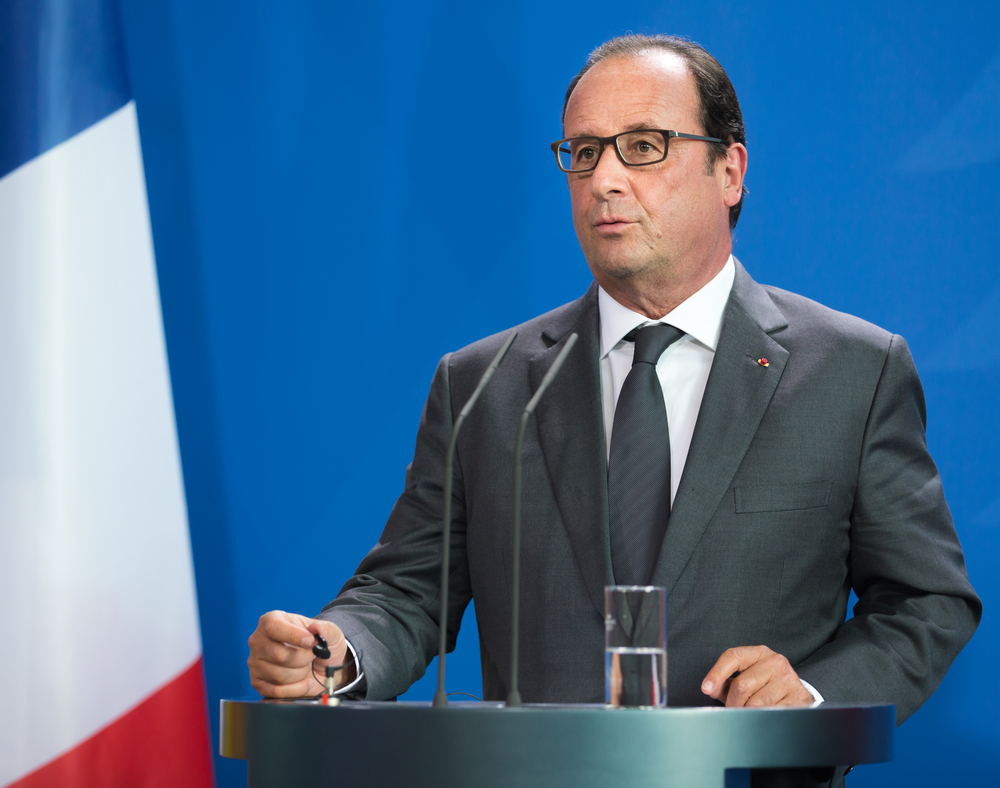 Comment: [Here is] a poll that may be of some interest to you. It says that the National Front is now enjoying a massive support among police and armed forces in France. It reaches now 51.5%. Back in 2012, it was 30%.

The comments of the “insiders” show a growing concern within the ruling elite. Basically, they say that because of terrorism, the socialist government is now praising and supporting the same security forces who actually are shifting to their main political opponent: Marine Le Pen. Even worse: they’re giving them more and more power and credits to achieve the fight against the islamist threat.

Here is a common analysis shared by the hardcore socialist within the state, behind closed doors: Hollande is following the path of Guy Mollet, the socialist Prime minister who gave up the government powers to the French Army back in 1956 when the Algerian conflict was expanding. It ended in 1958 with De Gaulle successful coup d’état.

De Gaulle actually was supported by the army and generals had prepared an airbone operation on Paris back then. If the civilian government were to refuse to let De Gaulle take over, the army would have used force to achieve it. The then government gave up and De Gaulle took office quietly.

So basically, what is remaining of the “Left” is panicking as they think the Police and Armed Forces would support a National Front victory. Which could indeed happen in 2017, 2017 will be 224 years after 1793, the year of the “Reign of Terror” organised by the republican government. At the moment, all powers were given the acting police minister (Committe of Public Safety). They had basically the ability to arrest anyone without charge and many were put under house arrest (about 500 000). THis lasted until 1794 with Robespierre fall.

Interestingly enough, in 1958, De Gaulle come back was officially launched by the army and the police. They called themselves “Committe of Public Safety”. The idea was to achieve victory in Algeria. But De Gaulle was a cunning politician and gave up quickly :

I don’t know if your computers foresee a National Front victory in 2017, or an apparent victory followed by a quick collapse of Le Pen government. But it seems that, if necessary, the Armed Forces and the Police have made their choice in case of a “civil war. 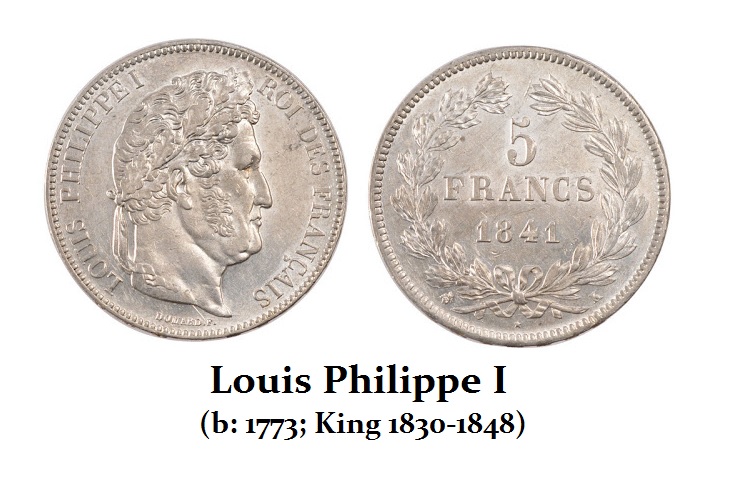 Reply: What is shaping up is very similar to the first presidential election in France in 1848. This was the sovereign debt crisis that first hit the USA at the state level when the first and only president of the Second Republic was elected in a surprise election that took place on December 10, 1848. The French constitution at that time only included a provision for one round of voting, and in the absence of a majority for any candidate, the National Assembly would decide the next president.
Louis-Eugène Cavaignac was seen to be the guaranteed winner. The establishment political elites were backing Cavaignac and it was presumed that they would install him as president even if he did not win a majority.

However, Louis-Napoléon Bonaparte won the election to everyone’s shock, taking 74% of the vote. Bonaparte was NOT a career politician so the elites explained his victory as if it were a fraud. They said he presented himself as “all things to some men.” However, he was the best of two bad choices between the Monarchist right supporters and the Legitimist/Orléanist royal households. Bonaparte was seen as a man who would restore order and put an end to the political instability that gripped France in the aftermath of the overthrown French monarchy in February 1848.
Bonaparte won a huge vote, which nobody in France has ever again matched. He is generally seen as the person who prevented a communist revolution, which was argued for by Marx’s friend Friedrich Engels back then. Bonaparte swept the votes from the non-politicized rural masses who saw the communist supporters in the cities as eager to take their land. The glory that had been Napoleon contributed greatly outside of the cities where the name of Bonaparte meant something. 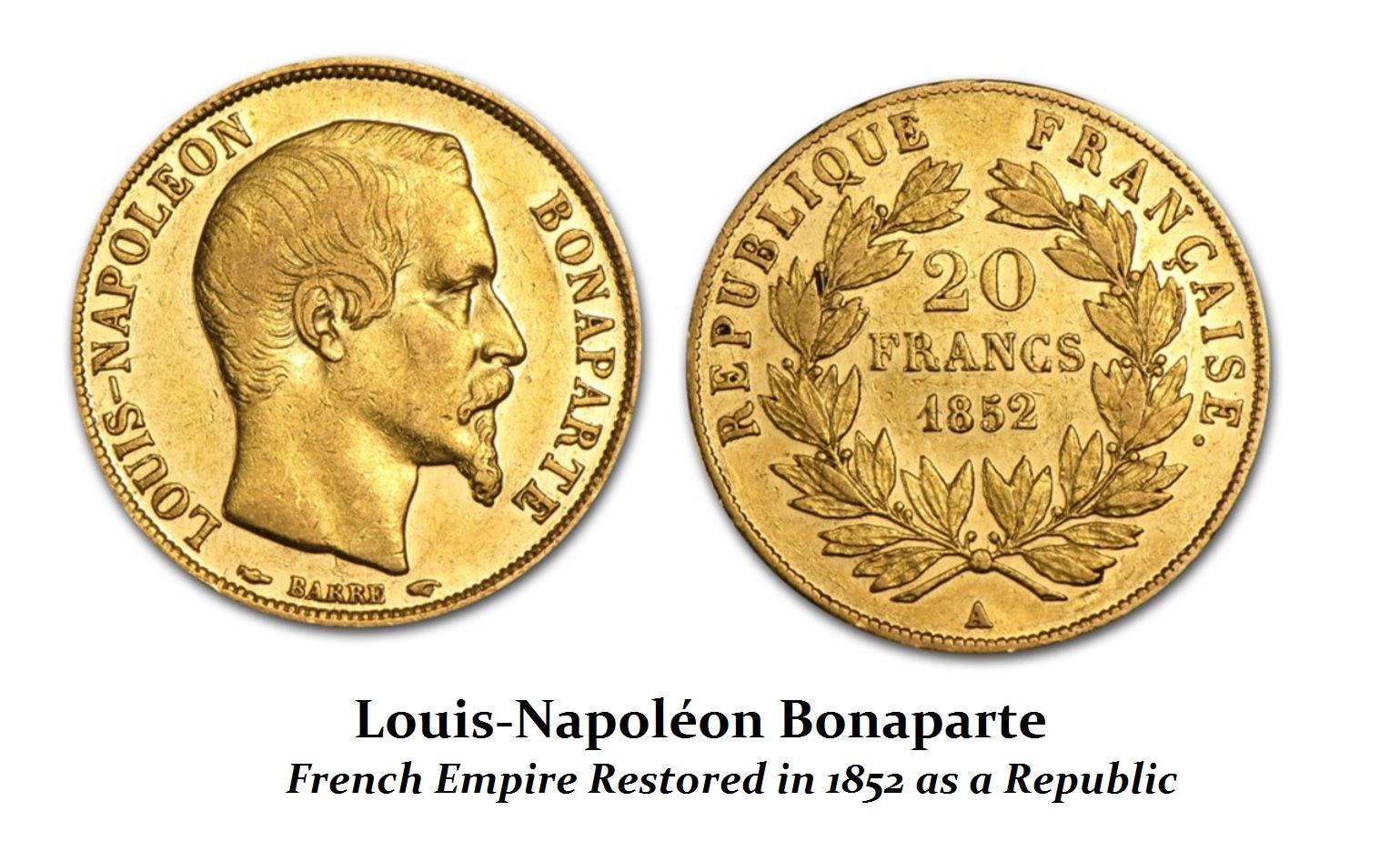 Of course, Louis-Napoléon Bonaparte staged his own French coup d’état on December 5, 1851, when he refused to leave office. This ended in the successful dissolution of the French National Assembly and re-established the French empire in 1852 as a republic. Louis-Napoléon implemented his popular reform programs that included the restoration of the right to vote (universal suffrage) that the National Assembly abolished when they tried to retain their own power, much like Brussels today where there is no right to vote for any member of the Troika. 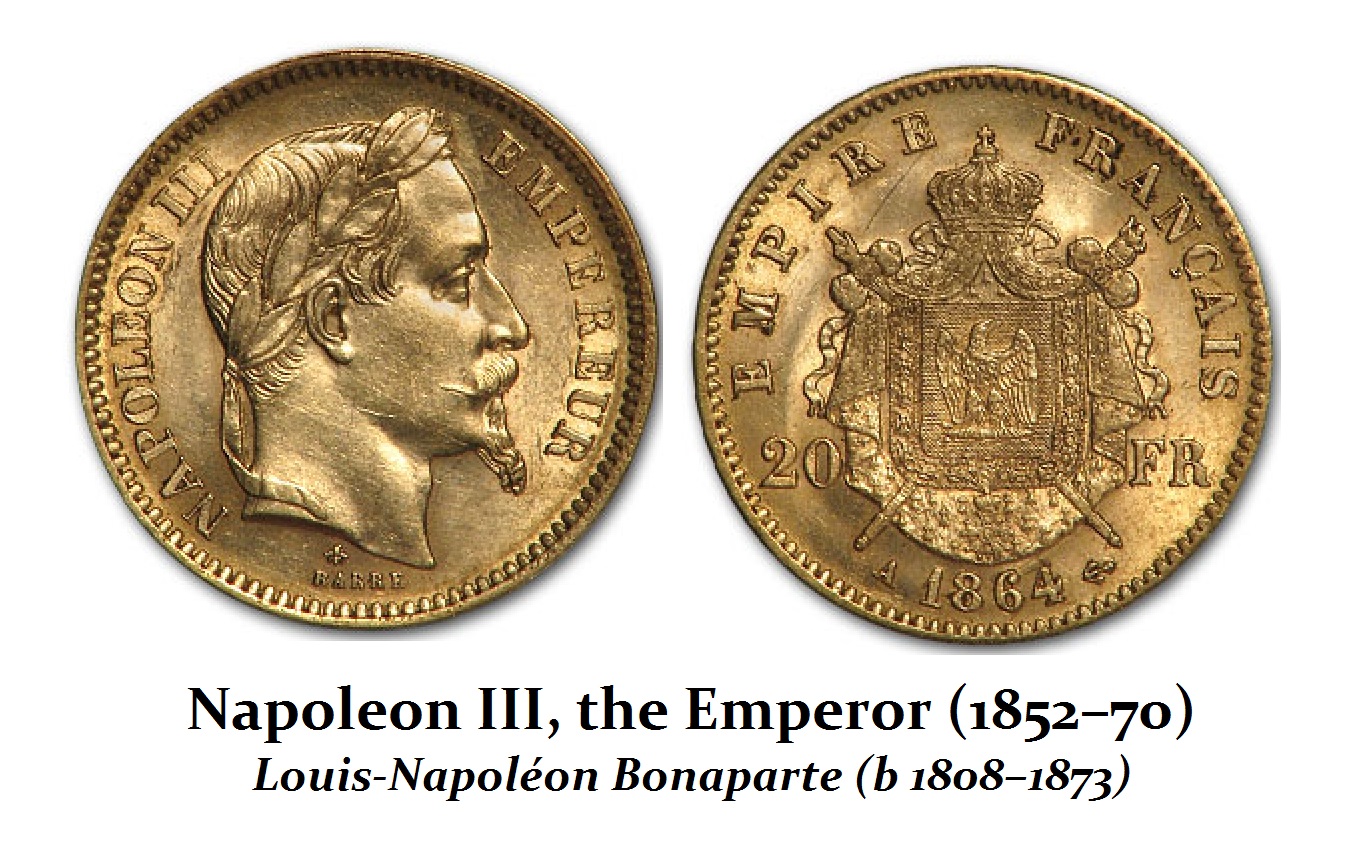 Louis-Napoléon’s political reforms were popularly endorsed by constitutional referendum. He then reclaimed the throne of France as emperor under the name Napoleon III (1852-1870).
more
Categories: Uncategorized
Tags: France, Napoleon

« Russian Robot Soldiers
What Would Goldman Sachs Do If It Lost Both Parties? »