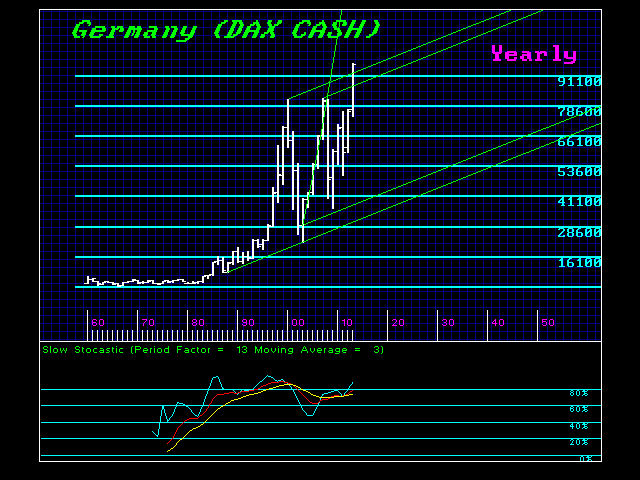 Many European shares have been the best performers in 2013 and the general optimism in Europe for 2014 is far more bullish than in the USA. Even Reuters’ poll of more than 350 strategists, analysts and fund managers, shows the expectations are for more gains. Indeed, looking at the Frankfurt DAX, its gains in 2014 were very impressive and the consensus  forecast for 2014 puts a continued rally expectation to be another 10% up. At the same time, Reuters’ poll shows most see the Euro as overvalued and that a decline in on the horizon.

The trend in Europe seems to suggest there is no crisis. Rising share prices, as always, is misunderstand and is rarely investigated in-depth. But buying something for the wrong reason can prove to be very dangerous. If you are going to be long equities, you better understand why or when the trend changes, you will be caught entirely off-guard.

There was an initial inflow of foreign capital into European stocks that has supported the euro. But as with all economic declines, it is more capital repatriation that has contributed to the strong euro. Oddly enough, the rise in a currency actually is bearish for we saw that in the dollar during the Great Depression and between 1981 and 1985 with the collapse of the pound to $1,03 in 1985 that sparked the whole scheme of the Plaza Accord and birth of the G5 (now G20)

It is actually the persistent strength in the Euro that also introduces tremendous risk to European investment for when it declines, the foreign capital will sell based on the currency rather than fundamentals. This is rarely understood and was the cause behind the 1987 Crash. The Brady Commission report at the end finally admitted that perhaps the crash had something to do with currency.

The high value of the Euro has a deflationary impact upon Europe for it also makes the value of their exports rise and un-competitive, which is why the Swiss pegged the franc because of capital inflows. The economy cannot recovery in Europe until the euro declines. This was the very advice of George Warren to Roosevelt. However, the German austerity position is the same as Roosevelt’s Brains Trust back in the 1930s and we are seeing the same result – massive rise in unemployment mixed with a decline in economic growth.

From the international perspective, the rising euro makes European share values appear to be a good investment. German cars carved out a market in the USA creating an image of quality that appreciated during the 1970s. I biught German cars back then and they never cost me anything to drive because their value kept rising. It was not the car that appreciated, but the Deutsche mark against the dollar creating the image that the cars were a good investment when it was currency.

A turn south in the Euro will cause foreign investors to dump European stocks just as the Europeans dumped US shares in 1987 when the expectation of a further 40% decline in the dollar was on the horizon. Forget the domestic fundamentals. European stock indexes typically trade at a 12-month forward price-to-earnings ratio and that will get confusing to those relying on domestic fundamentals.

The European stock market rally is also unfolding as a hedge against the rumblings of the IMF proposal to confiscate 10% of all cash in banks. Then the DAX has been driven higher due to the hedge internally against the collapse of the euro with many people expecting to get Deutsche marks if they have German bonds and shares. In the case of Switzerland, they created the peg because the capital was rushing into that economy as the hedge against the euro. When that was pegged, then the capital move into Germany as well but that can only be seen as a rise in share values since the currency is still the euro.

The diverse trends surrounding the euro crisis has resulted in asset price inflation manifesting in Europe’s stock market as capital is just trying to park or is enticed by currency. This is not moving into creating new business or industry for the taxes are far too draconian to create jobs leaving the unemployment staggeringly high. Wages are not rising for their international value is already too high and un-competitive on a global scale. Consumer prices in real terms have not declined, but remain steady within the major economies such as Germany and France, while they have declined significantly in Greece. With rising taxation and stubborn consumer prices, the net standard of living in Europe is declining and this is leading to a rise in civil unrest, which can also have a negative impact on European shares in 2014. 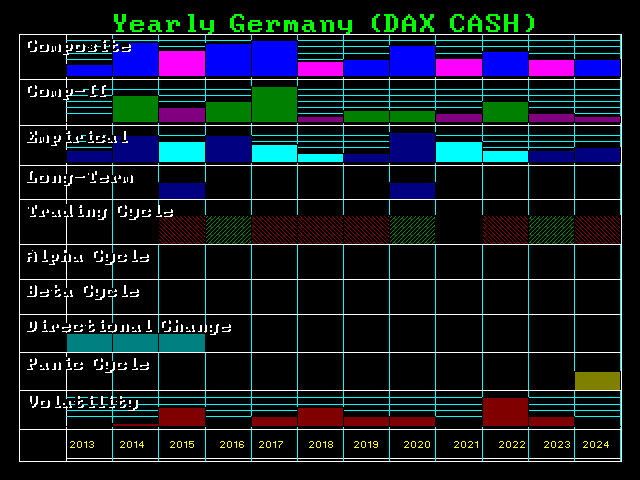 At the very least, 2014 presents very interesting trends with an admixture of tremendous risk and confusion with conflicting international trends driven by capital flows that are at odds with the classic domestic analysis.

« Global Market Watch January 6th
Are They Really Going After Everyone? »