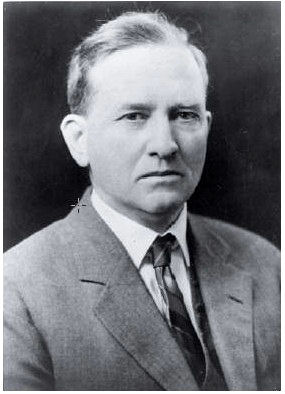 In 1932, George Warren had written, Wholesale Prices for 213 Years; 1720-1932. Effectively, this work was a forerunner to Monetary Theory by making observations that prices rose with the gold discoveries and declined when supplies of gold declined. This work was a simplistic monetary view of the world that Franklin Roosevelt could understand. Maintaining the gold standard created deflation as prices collapsed and gold became scarce. Warren’s theory thus became a simple relationship that the only way to raise prices and end the deflation of the Great Depression, was to raise the-price of gold, which meant it would be a dollar devaluation relative to gold. This was a first and important step in comprehending the role of money. But to the classical economists and bankers, this was pure heresy since they believed money should be tangible, which created DEFLATION (Austerity).

Roosevelt suspended gold exports on his FIRST DAY in office. This was NOT formally a suspension of the gold standard, but it was building a Berlin Wall around capital using in effect capital controls. At this point in time, nobody quite understood what effect such capital controls would even have on the dollar and the economy. By April 1934, Roosevelt then announced to his Brains Trust that the country was off the gold standard. He then showed them what was the Thomas Amendment to the Agricultural Adjustment Act allowing the President to devalue the dollar by 50% and issue $3 billion in currency without gold backing. The entire Brains Trust was horrified. Everything they had come to believe that the gold standard represented, had come to an abrupt end. Some argued there would be riots, civil unrest, and maybe even a revolution. Money just had to be backed by gold in their minds. Nothing of that nature took place. In fact, its was the opposite effect that proved Warren was correct.

It is often not appreciated how much Roosevelt was very much an outsider looking in. He won the election because people wanted change. He did not speak of his ideas for in politics, hey, that is just fair game – don’t ask and don’t tell policy. 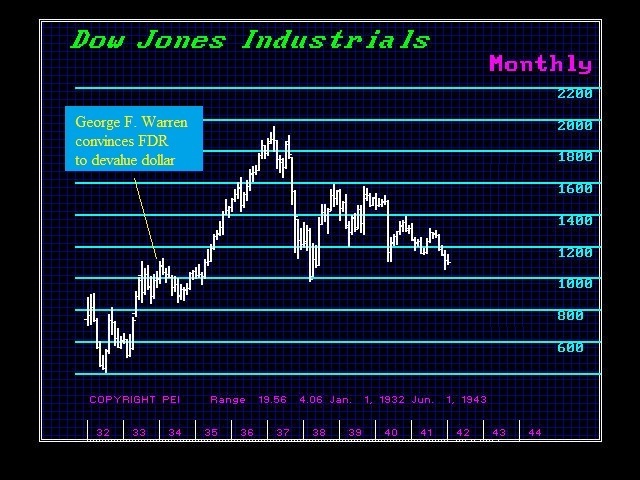 To the dismay of the Brains Trust, the stock market took off like a rocket ship. It jumped 15%. To the total amazement of the economists and bankers, this was the ONLY act that made any real difference in turning the economy. The stock market continued to advance rising sharply nearly doubling over the subsequent 3 months. The rally continued into 1937. Even wholesale prices began to rise as did orders for industrial goods. The only thing that lagged behind was unemployment. What they did not understand, employment would be the last to rise because companies seek to expand to the maximum possible production under current trends fearing to expand not knowing if the reversal in trend will lead to a reversal in fortune as well.

Clearly, the traditional economists and bankers failed to understand the role of money. They did not understand what really happened in Britain and that when it had to abandon the gold standard in 1931, the devaluation of the pound marked the end of the depression for Britain as prices began to rise. Warren was approaching everything from the fringe making truly a groundbreaking evolution in the concept of money, but that is where all major change comes from in every field. Only those with creative minds can think out of the box whereas the field promotes conformity to gain respect of the industry. This has always led to the simple maxim that the majority are always wrong.

France, who had worked so hard to gather gold and seeing this as the means to European dominance, was now left alone clinging to its gold reserves, the second largest in the world and the largest in Europe. France made its people endure hardship by austerity for the image of a future greater glory. Finally, in 1936, Bank of France abandoned the gold standard only when it became so obvious that their economy was now becoming isolated, unable to export due to an overvalued currency. This made their labor the most expense in the world.

The traditional economic thought considered Warren a crackpot. The conventional wisdom simply failed to comprehend what is even money or its role within the scope of our collective society. The missed the entire point that money declines in purchasing power during economic booms and rises in purchasing power as assets decline during economic recessions and depressions. This also causes the cost of labor to rise creating unemployment.

The assumption that money had to be tangible was just not correct for money rises and falls in value with economic booms (inflation) and recessions (deflation). The ultimate object of the medium of exchange is the exchange of one thing (object or labor) for another (object or labor).  What constitutes “money” is simply the medium of exchange like words that relay concepts between two parties, At the core, lies the perception of value and that fluctuates according to demand and supply.

Therefore, Warren demonstrated that if you wanted prices to rise, the value of the dollar had to decline. Thus, the only way to do that was to abandon the gold standard. Gold is merely one recognized object of value. It advantage is it is movable compared to real estate. It is internationally accepted as a valuable object and thus it is free of opinion regarding quality such as diamonds . It is the HEDGE against government, but it need not be the medium of exchange to fulfill that role. Gold can be free to float outside of an official sanctioned medium of exchange and provide the hedge against the policies of the state.

Consequently, it was George Warren who saved the day and contrary to the Brains Trust moved toward creating inflation to end the austerity.