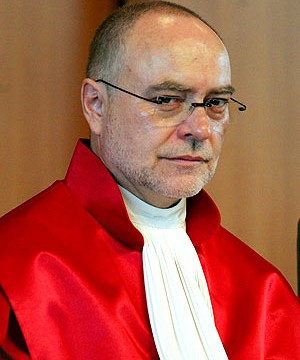 “The Basic Law does not guarantee the protection of all people worldwide through de facto or legal entry permits.”

The constitutional duty of any head of state is to only his or her own jurisdiction. There is no legal basis for anyone to invade another country based upon their perceived violation of human rights against that nation’s own people. Likewise, no head of state has any constitutional authority to waive the protection of their own people to protect the people of some other state. These are basic legal principles. Anything else assumes the RIGHT to invade other nations, which does not exist.

This is a message that Merkel is acting far beyond her constitutional authority. The same principles apply in the United States, but we lack judges with integrity. Judge Fabio agreed with Thomas Jefferson that when a government fails to comply with its constitutional mandate, the people have a GOD-GIVEN RIGHT to revolt. Judge Fabio stated: “All Germans shall have the right to resist any person seeking to abolish this constitutional order, if no other remedy is available”.

« Can Mathematicians Forecast Markets?
Goldman Sachs Fined $5 Billion but is Still Above the Law »