A Massive Exodus From France

They say the definition of pure insanity is continually doing the same thing over and over again while expecting a different result. Under that definition, all politicians should be committed PERMANENTLY. Entrepreneurs who can move out of France are doing so ASAP. Reports are coming in from Spain, Switzerland, and Ireland where French concerns are starting to move their taxed based operation to lower tax zones. Even within Switzerland where tax rates vary from canton to canton, places like Zug (pictured here) have wised up and have been lowering their tax rates to attract business.  Just outside of Zug is Vevey, the headquarters of Nestle chocolate. So even inside Switzerland you see competition that the French have not figured out yet. 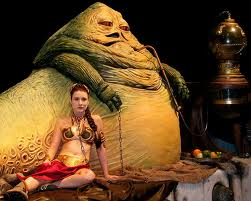 Taxes are a DETERRENT to business and employment. By reducing available revenue, companies can expand less and that means lower job growth. By taxing labor, they increase the cost of labor also lowering job growth. There is no such thing as taxing anyone that is beneficial to economic growth. Government produces nothing and lowers the wealth of a nation sitting back like Jabba the Hut living fat and large on the labor of others who are chained like economic slaves to sustain its survival. Until government wakes up and stops drinking its own bath water, this will only get worse.

Just for the record, those who yell and scream about materialism/consumerism should know one thing. That is what created everything we have today. The Consumer Revolution PRECEDED the Industrial Revolution and the success of Starbucks is merely a repeat of the past. Loyd’s of London began in Loyd’s Coffee House! It was consumerism that built the USA supplying the consumers of Europe with tobacco, wheat, cotton, and rice.

The Age of Materialism/Consumerism created the market that then inspired the Industrial Revolution with waiting customers. Without a viable marketplace, there is no inspiration to create economic innovation. This is a fundamental principle government had better wake up and take notice of. Europe – you will have NEGATIVE growth for 2013 and your VAT taxes are depleting consumption and have lowered your economic growth that the dream of the Euro would revive proved to be only a delusion.

We no longer NEED taxes because money is NOT tangible, and we no longer SHOULD be borrowing when almost 70% of the debt is previous interest expenditures. Hello! Is anybody home? We will be looking at this in detail at the upcoming Sovereign Debt Crisis Conference. Under the current monetary system, it is NOT cheaper or less inflationary to borrow than to print. We are still creating money that now pays interest. Oh boy; that was a smart move!

« Thomas Paine on Government v Society
As of Monday »