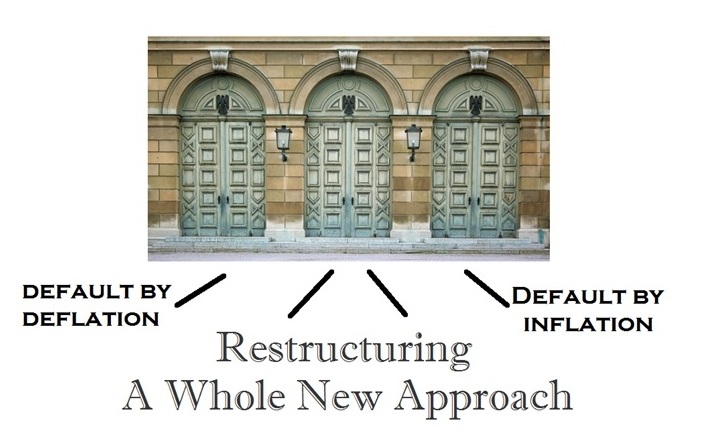 Many readers who are not “traders” would like a conference outlining the real Sovereign Debt Crisis, how do we survive such an event based upon past experiences, and what are the implications going forward? We will be reviewing the debt levels of all major countries and show how the capital flows are the key to understanding the market trends. So while the Dollar and Dow Bears keep preaching the end is near, it is a question of TIME. Both Europe and Japan will go first and this will more likely than not send the dollar higher as capital flees the crisis zones first. Only after Europe and Japan go into crisis, then the United States will follow.

The last time government went into such an economic meltdown where virtually every government permanently defaulted on their national debts wiping out bondholders, was 1931. That is what made the Great Depression – the USA did not default. The dollar was driven to record highs that caused politicians to adopt protectionism. Today, we see people trying to block immigrants everywhere. Herbert Hoover wrote in his memoirs that capital flows rushed from one currency to another. This is again taking place. The Sovereign Debt Crisis began in Greece, spread to Portugal, Spain, Italy, and is now hitting France. Japan likewise is in a crisis and the collapse in the yen has been driving capital into the USA that has puched up the Dow Jones Industrials.

This will be the MOST IMPORTANT conference in explaining how the world economy actually functions. Unless you understand how capital really moves, you will not survive. Everything you thought might take place based upon the Dollar Bears, had better be reviewed objectively if you hope to survive. There was NO investment that withstood the test of time even during the Great Depression. So if you think the PUBLIC sector will be the flight to quality, you better take a closer look at this chart of the collapse in the bond markets with the 1931 Sovereign Debt Crisis.

Governments in the West are in serious economic trouble. They are raising the costs of just about everything including taxes and various licensing fees trying to hold on to current power. They are also hunting down what they call the “rich” that is really anyone with assets. They are tracking everything and some countries even have people watching gold stores, jewelers, and high end clothing stores all looking for cash.

Americans have been thrown out of public funds and foreign banks since December 2011 US passed legislation that authorized the confiscation of any foreign firm who fails to report what Americans are doing overseas. The IRS is sending letters to Canadians who had one American parent informing them that they should have been paying taxes in the US all their life. These actions are DEFLATIONARY causing capital to contract and the VELOCITY of money to decline. While the travel form still asks are you carrying more than $10,000 when moving in and out of the country, the Patriot Act lowered that number to $3,000 for bank wires. Anyone sending a wire to a US individual must support their birth date and personal details.

Meanwhile, like a drug addict, government is beholding to the banks and paying endless flows of interest. They cannot see that this debt bubble is collapsing and the more aggressive they become to collect revenue, the less they will obtain. We are facing an economic implosion that is as significant to civilization posing the greatest threat since the fall of Rome.

We will look what government refuses to see, listen to, or talk about. We will look at the debt of major countries and provide the ONLY rational solution to the crisis. We have to find a way to steer this run away nightmare into the center door to survive. Whatever government has done wrong, they have done. Even those who work for government perhaps will suffer the greatest as their pensions vaporize. Even companies and semi-public entities are looking for any excuse to fire people that are getting close to retirement.

As jobs vanish, those people who are surviving in places like Greece, Spain and Italy, are those who are embracing entrepreneurship. Reliance on government or even big companies who promised pensions, is shifting to those who can stand on their own two feet. We can stop this debt crisis if government were to listen. But the likelihood of that is nil. We have government by crisis today void of long-term planning. This economic chaos may fulfill our computer forecasts made back 1995 that by 2016, we will have an opportunity for the rise of a Economic Fiscal Conservative THIRD PARTY for the difference between Republican and Democrats is not that stark anymore from an economic perspective.