Merkel & the Fate of Germany 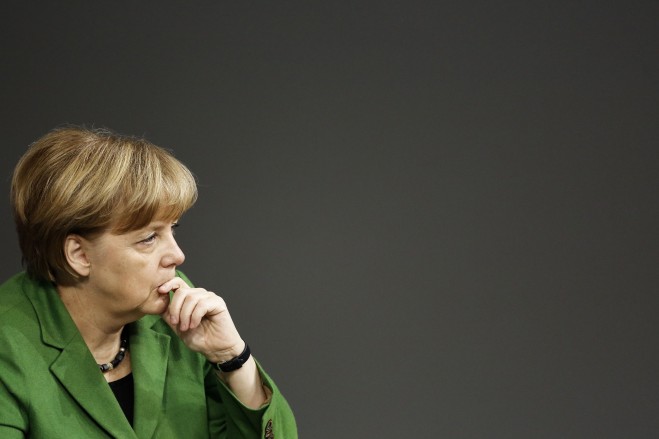 You are spot on: something big is happening in Germany at this very moment – just look at today’s headlines from Spiegel.de:

I have never ever seen Germany in such a chaotic condition – the political backbone (Mittelstand) – usually strong supporters of the CDU – is also openly criticising Merkel for her idiotic policies…..

Just imagine what happens if there is a so called terrorist attack (false flag or real) in one of the large German cities. It will achieve the opposite of what they are trying to engineer with their “everyone is welcome” policy.

This is a real powder keg of epic proportions, beware if something should happen, it will unleash an avalanche of ugly retaliatory knee jerk reactions……she can then put her noble price up her arse…and Europe will also start to question Germany’s status of primus interpares. Yes, I can see now what you mean with the real crisis in government and the sovereign debt crisis you are expecting to unfold soon – it is in the making !

But boy….as long as the Euro is climbing vs the USD, everything is fine, nothing to see here…..

REPLY: Yes, it appears our politicians on a global scale have degenerated to the worse state of incompetence. This appears to be the election temperament in the USA. With the financial capitol of the world moving to Asia (India/China), this appears to be the final nail in the coffin of Europe. The whole idea of Brussels is failing and this is why lawyers as politicians are dangerous. They do not have a clue as to how the economy or society functions. They try to write laws to command an outcome and never listen. Then on top of that, they will never admit to mistake. Once a policy is adopted, they will not change it and this is the problem in motion for Europe.

There is just no way out because they will never admit the idea of one government is a total failure. My sources relayed that the immigration issue was adopted by Merkel because her policy on Greece made her appear nasty inside Europe. So, she accepted the migrants to change her image in the aftermath of Greece. Then Obama praised her and the next day she said there was no limit to the amount of immigrants Germany would accept. Then she was up for the Nobel Peace Prize, but has now lost.

This posturing will prove to be a huge disaster.