Superbowl LII – Can a Model Ever Be Created? 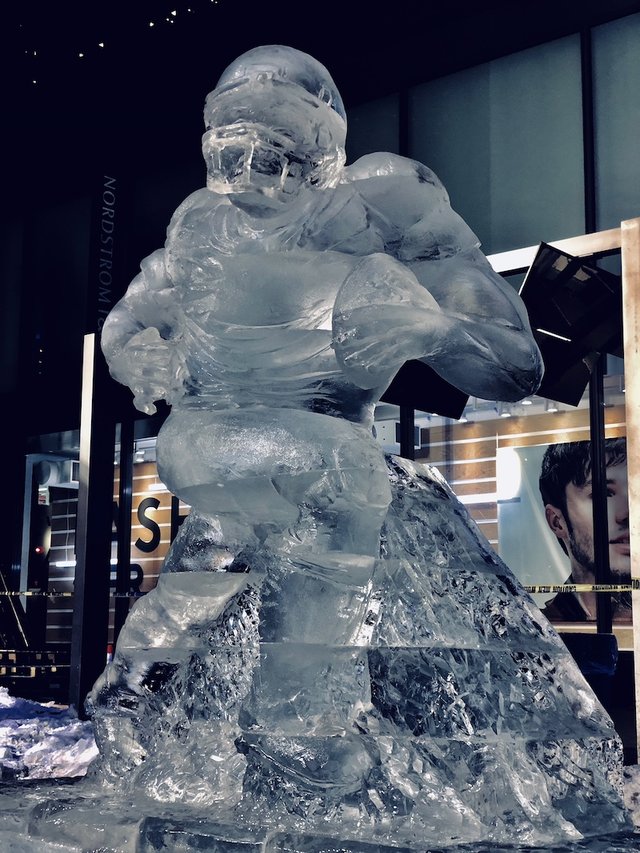 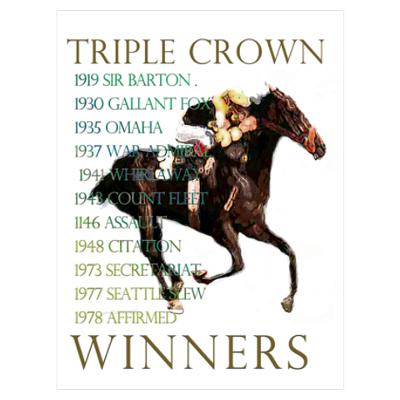 Well, Superbowl 52 is here and it promises to be the coldest one ever – no doubt caused by Global Warming.

Since Superbowls began in 1967, we are setting a new record. My daughter told many people at the conference how I had just flown back from Europe and she was in the hospital just giving birth. I went to visit and on the TV was the talk of the Triple Crown that day. It was 37 years since anyone had won and I quickly did the math and said he would win. I left and drove home. On my way home my daughter called me and said OMG, you were right. He won the Triple Crown. 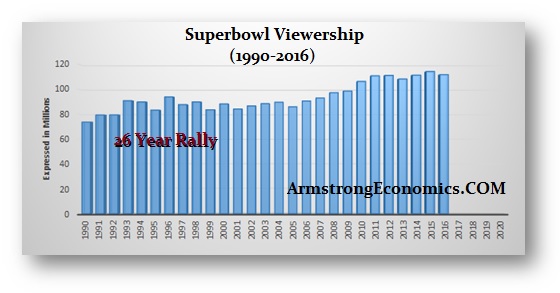 I just did the conference in Vancouver and Mike Campbel reminded me of the forecast that we had witnessed the peak in sports. He commented on how the attendance has taken a nosedive ever since. I had included sports in the model because it was a reflection of good and bad times. I had explained the sports cycle even during Ancient Rome. I warned that our model had shown that football had peaked back in 2016 even with the Economic Confidence Model turn back in 2015.75. 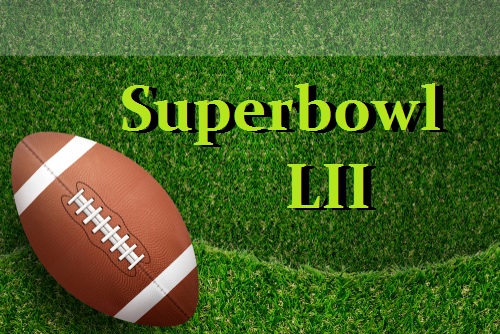 Now comes Superbowl 52 and many have asked what does Socrates have to say on this one. Here is the problem. The Triple Crown was a piece of cake because it is the event I was forecasting, not the horse. The event had not been won in 37 years. With the Superbowl, someone wins every year so no point in trying to forecast based on the event, other than this may be the highest ticket prices adjusted for inflation and they will decline from here. That said, this outcome requires looking at the actual teams (horse) rather than the event. I would have to then input the history of every team to solve this question. Sorry, no time for that one.

So what can be ascertained from what little history that exists for this event? The Eagles have not been there for 13 years and they lost against the same team. That is very interesting. Since they have only been to the Superbowl twice and lost both times, there really is not enough data to make a reliable forecast. That leaves us with looking to New England who has been there many times. The only real thing that can be forecast with confidence was that they were indeed cyclically due to return this year.

Now, is there anything we can extract from this very little data? The first time the Patriots appeared in the Superbowl was 1986 and they lost. Curiously, that is the Pi Cycle for 2018, which also reinforced the fact that they should have returned to the Superbowl this year.  The only time they ever won back-to-back Superbowls was 2004 and 2005, and indeed it was 2005 when they beat the Eagles. Interestingly, they won 2017 so we do have a repeat of a potential back-to-back win again against the same team no less. Hm? History repeats?

Another very interesting factor is that the first time the Eagles made it to the Superbowl was 1981. That means, 2018 is also 37 years for them. Combined with the Pi Cycle from the Patriot’s first time appearing in a Superbowl, strongly infers that this is a truly important cyclical convergence. At least cyclically, both teams were spot on to be in the Superbowl. That is very interesting from a forecasting perspective. This much was cyclically determined.

Therefore, the only thing we can conclude from this analysis, lacking a real solid database, is to extract risk inferences. In other words, there is clearly a RISK that the Patriots will LOSE and the Eagles could actually win using several converging cyclical references.

The street is favoring the Patriots by 4.5 points and some put at 29 to 16. So this is like the majority saying the Dow would crash for the entire bull run from 2009 to 2018. 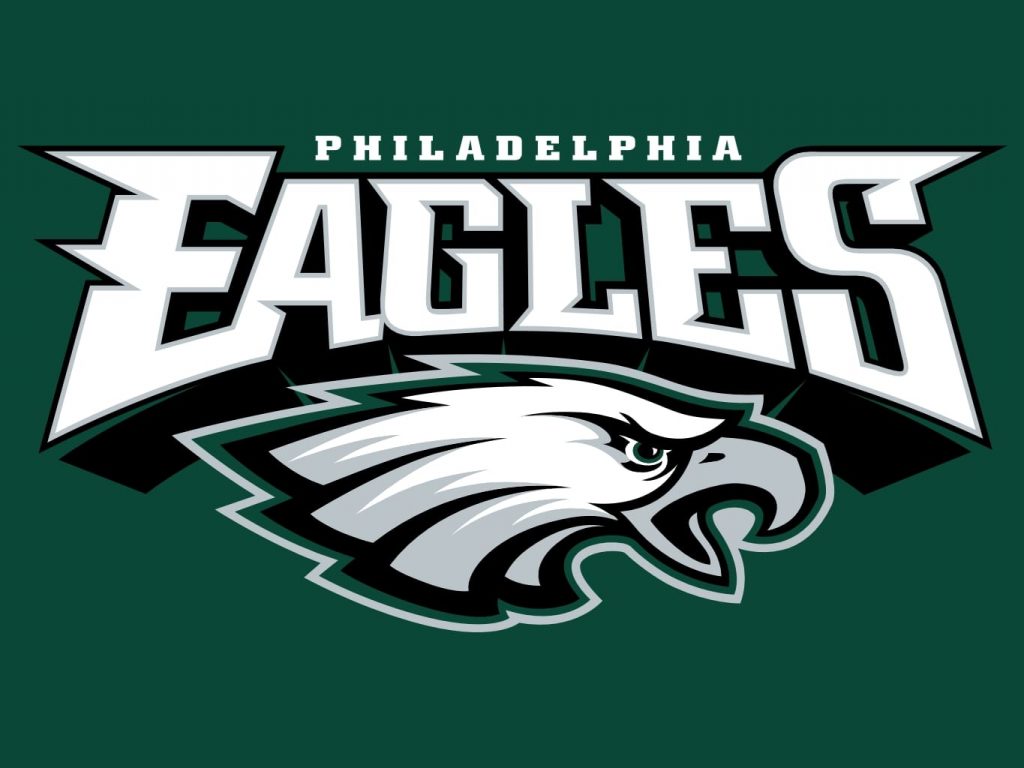 Obviously, just looking at the risk analysis, it seems to go against the accepted wisdom. Tom Brady, New England’s quarterback, entered the NFL in 2000 and he is one of only two players to win five Super Bowls (the other being defensive player Charles Haley) and the only player to win them all playing for one team. The Eagles even lost their main quarterback – Carson Wentz. The starting quarterback will be Nicholas Edward Foles who entered the NFL in 2012. The Eagle’s backup Quarterback is Nathan Sudfeld who entered the NFL only in 2016. From a cyclical perspective, Tom Brady may have peaked with his win last year which was 17 years (2 * 8.6) from the start of his career. Foles is on an up-cycle, but he is not ready for a peak just yet so he has a shot. Sudfeld is new to the game and has a wildcard cycle in his pocket for being in the game just 2 years.

Since this is not like trying to forecast an event like the Triple Crown since someone always wins, trying to put together some of the glimpses here lacking a decent database on the teams and the individuals, this definitely shows that the Eagles, at last, have their first real shot. The fact that they lost their main quarterback may also underscore the fact that New England may not play as hard as they would assuming this is a done deal.

Note this is also Superbowl 52 (51.6 years) – a very ominous cyclical year as well. We may indeed be looking at a continued decline from here on out and that does not speak well for the global economy.

In the future, we will look at building a database on individual teams, but that is just as a curiosity only after everything else is completed.