Progress Report on the Trader Version 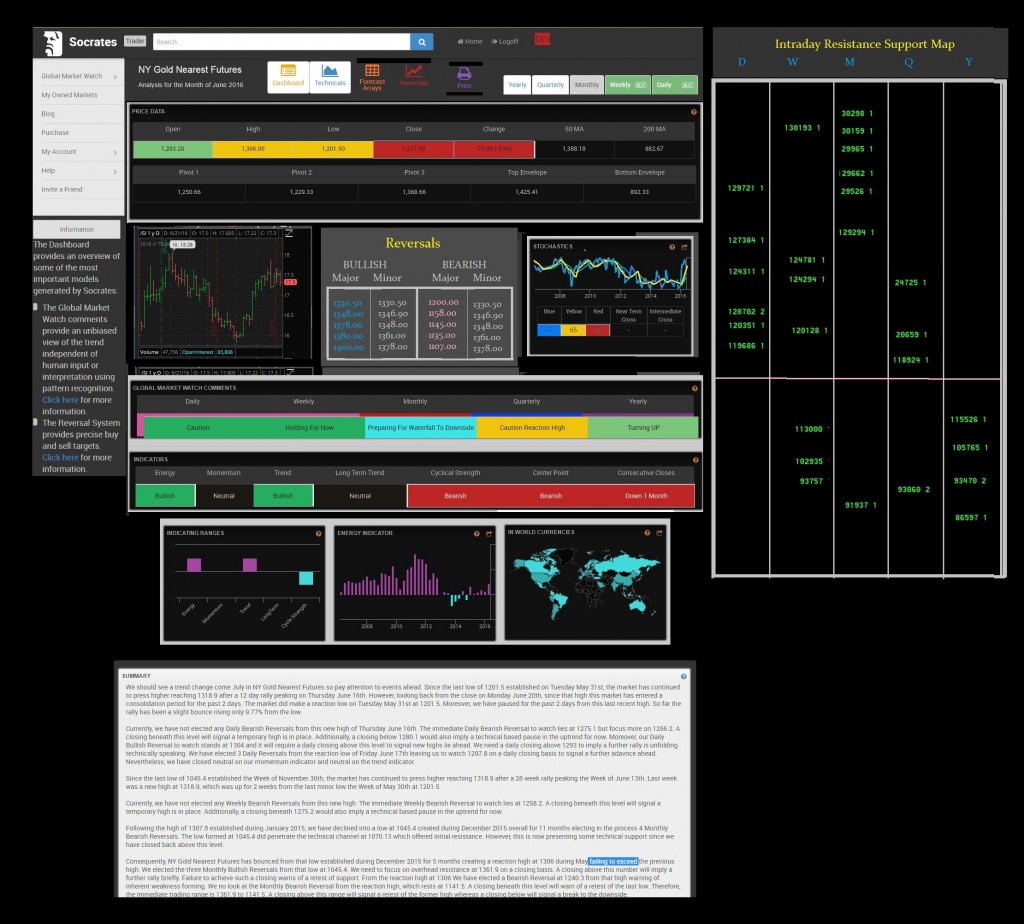 Here is a mock-up of the Trader version we will release to attendees of 2015 and 2016 WEC for a 30-day trial. The final round of reports for the 2015 WEC attendees will be sent out shortly. We plan to release a report on asset allocation and a report on the pension crisis. Our reports have been delayed due to programming and the reaction rally we were expecting (e.g. the euro moving back to 11600). Many attendees have written to us to say they appreciate having access to the first preview of Socrates, and that the delay in the reports has actually extended their current value.

Nevertheless, this has been only a preview of version 1.0. We are incorporating much more for the Trader version. Our goal is to provide a global platform that is integrated. Using the same system around the world provides familiarity when looking at the arrays and prices in any market to provide that instant perspective. 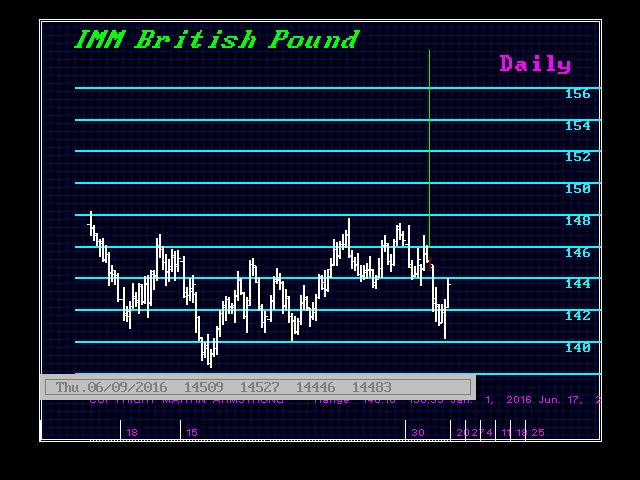 The trader version will have a map to the right where the resistance and support will be found to show the gaps. This is a unique system that I use personally in day trading. Here you can see the points where there is resistance (green) and support (red). At first glance, you will notice every tick is often highlighted, but look at the column to the right. There you will see the number of hits that fall on that number for the day.

This allows you to see the gaps that are technically driven by time separate and apart from the Reversal System. This is the daily matrix for June 9, 2016, in the British pound futures.

Defining the gaps helps us see where the big moves come into play. This is a review of just the Daily level. The same system is provided for the Weekly, Monthly, Quarterly, and Yearly.

We are striving to provide a quality service that is impartial, entirely computer driven, and in that sense, independent of human opinion and emotions.

This is the only way we can move forward to become STUDENTS of the market rather than complaining and looking for the next guru.